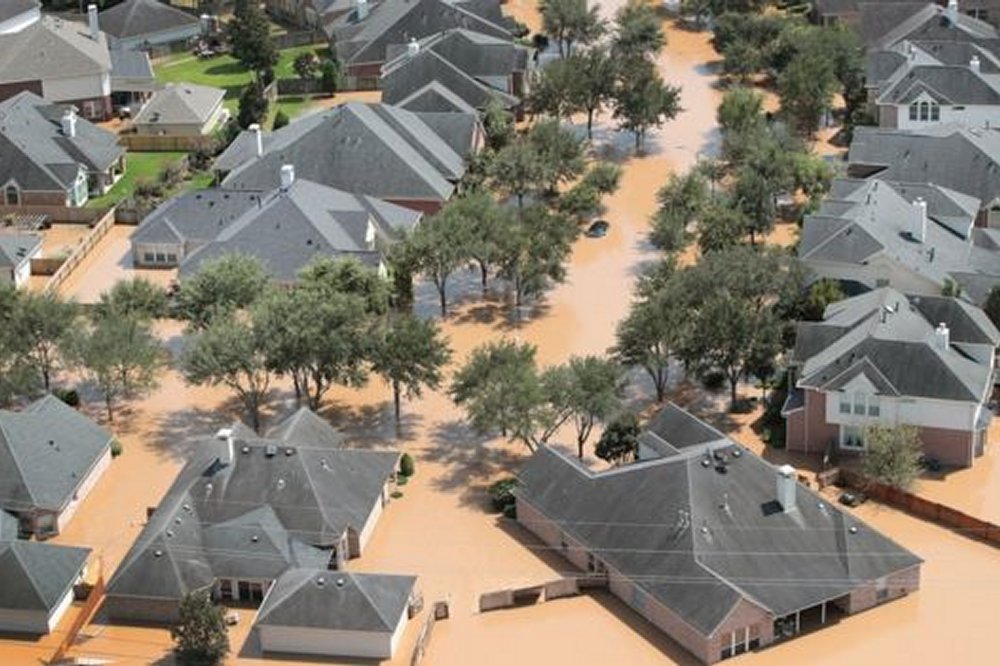 The White House will ask Congress for emergency funding to help those affected by Hurricane Harvey.

“The American people are with you,” Vice President Mike Pence said during a visit to Texas.

“We will be here every day until this city and this state and this region rebuild bigger and better than ever before,” he said.

President Trump is expected to propose an initial $5.9bn in aid, the Associated Press reports.

At least 39 people have died in the storm and its aftermath.

Mr Pence said 311,000 people had registered for disaster assistance, and that he hoped for bipartisan support in Congress for the funding request.

It is not yet clear how quickly funds might reach victims.

Visiting the battered town of Rockport, Mr Pence paid tribute to the people of Texas: “The sights and sounds and conversations we had today were just overwhelming.

“I think the resilience of the people of Texas has been inspiring. To see people who’ve gone through the horror of one of the largest natural disasters in American history to be standing shoulder to shoulder, passing out food to their neighbours, helping their neighbours clear out their homes with a smile on their face… it’s humbling to me and it’s deeply inspiring.”

The White House also said Mr Trump would donate $1m of his own money to the relief effort.

As floodwaters recede, the focus has turned from rescue efforts to long-term recovery but residents are being warned not to return home until they are told it is safe to do so.

Earlier, a senior White House aide said about 100,000 homes, not all of which were fully insured, had been affected by the storm and the flooding that accompanied it.

About 779,000 Texans were ordered to evacuate, and another 980,000 left their homes voluntarily, Reuters news agency quoted Department of Homeland Security Acting Secretary Elaine Duke as saying.

The US Federal Emergency Management Agency (Fema) said its teams had rescued more than 3,800 survivors, and more than 90,000 people had already been approved for disaster assistance.

Fema also warned that residents were being targeted by scams. There are reports of individuals impersonating inspectors and immigration officials.

Others were receiving scam calls about flood insurance claiming a premium must be paid or the insurance would be lost.

Energy suppliers in the south of Texas were forced to shut down refineries and close off pipelines, sending petrol prices higher across the US. Many have now begun the process of restarting their operations, but it could take weeks before production is back to normal.

Residents returning to their homes are also facing challenges.

Firefighters have begun a door-to-door search for survivors and bodies in an operation that could take up to two weeks.

The Environmental Protection Agency is warning residents that floodwater can contain bacteria and other contaminants from overflowing sewers. It said the biggest threat to public health was access to safe drinking water.

Many thousands of homes remain without power.

A hospital in Beaumont, east of Houston, was forced to evacuate patients on Thursday after the local water supply shut down. Military Black Hawk helicopters were used to airlift intensive care patients.

One chemical plant in Crosby, near Houston, caught fire on Thursday, and more fires are expected in the coming days.

Chemicals stored at the flooded Arkema plant are no longer being refrigerated, making them combustible.

Residents have been evacuated from the plant in a 1.5 mile radius, and smoke was seen rising from the site on Thursday.

President Trump and his wife Melania are expected to return to Texas on Saturday.

The president visited the flood-hit state earlier in the week but limited his visit to Corpus Christi, which avoided the worst of the flooding, over fears his presence could divert resources from rescue efforts.

Storm Harvey was downgraded to a tropical depression but the US National Weather Service said it is now beginning to lose its tropical characteristics.

It is expected to dissipate in Ohio on Saturday evening.

Several inches of rainfall are expected in Tennessee and Kentucky over the next two days, and flood warnings remain in effect in parts of Arkansas, Mississippi, Tennessee, Kentucky, Texas, and Louisiana.

US tells Russia to close consulate