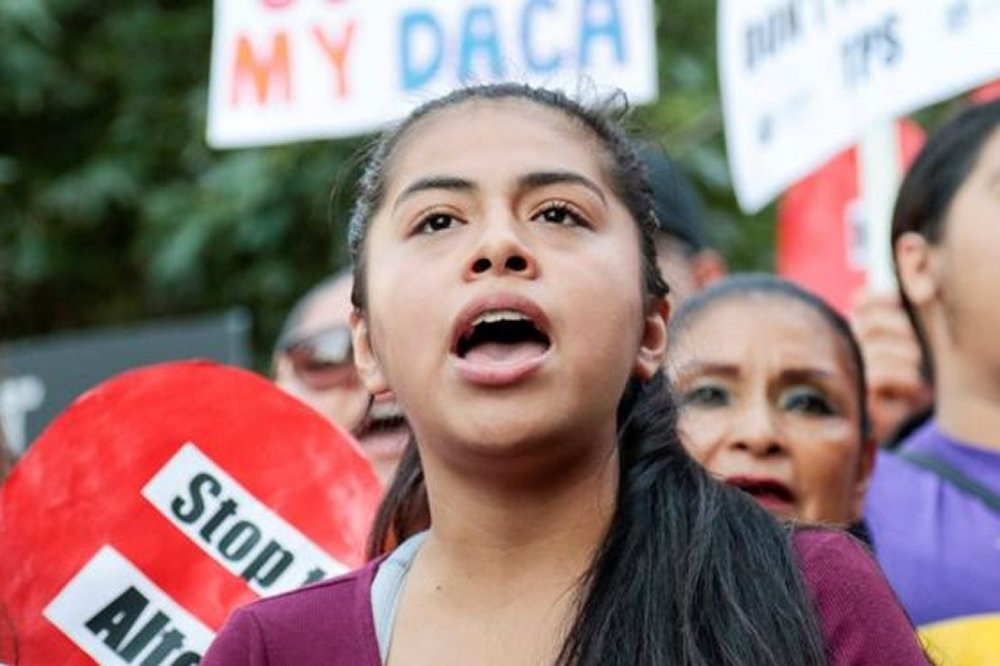 US President Donald Trump has decided to scrap a programme that protects young undocumented immigrants, according to reports.

He will give Congress six months to draw up legislation to replace the Deferred Action for Childhood Arrivals (Daca), sources quoted by US media say.

The decision, first reported in Politico, is considered a compromise amid strong support for the scheme.

However, the sources cautioned that Mr Trump could still change his mind.

He is due to formally announce his decision on Tuesday.

The Obama-era Daca programme protects hundreds of thousands of so-called “Dreamers” from deportation and provides work and study permits.

According to Politico, the White House informed House Speaker Paul Ryan of the president’s decision on Sunday morning.

Mr Ryan last week urged the president not to scrap the scheme, arguing it left many young people “in limbo”.

“These are kids who know no other country, who were brought here by their parents and don’t know another home,” he said.

Mr Ryan is one of a growing number of Republican lawmakers and business leaders to speak out against scrapping the programme.

While campaigning for office, Mr Trump took a hard-line on immigration and scrapping Daca was one of his core promises.

But since then he has said he finds the subject “very, very tough”.

He said he intends to show “great heart” in dealing with what he described as, in many cases, “incredible kids”.

On Sunday, former Democratic presidential candidate Hillary Clinton tweeted: “Thanks to Dreamers’ courage & resolve, #DACA has allowed thousands of young people to contribute to our society. We’re better for it.”

Ileana Ros-Lehtinen, a Cuban-American Republican Representative from Florida, also took to Twitter to vent her frustration, saying: “After teasing #Dreamers for months with talk of his ‘great heart,’ @POTUS slams door on them. Some ‘heart’.”

The Daca programme protects roughly 750,000 people in the US from deportation and provides temporary permits for work and study.

In order to qualify for Daca, applicants under the age of 30 submit personal information to the Department of Homeland Security.

They must go through an FBI background check and have a clean criminal background, and either be in school, recently graduated or have been honourably discharged from the military.

In exchange, the US government agrees to “defer” any action on their immigration status for a period of two years.

The majority of so-called Dreamer immigrants in the US are from Mexico and other Latin American countries.