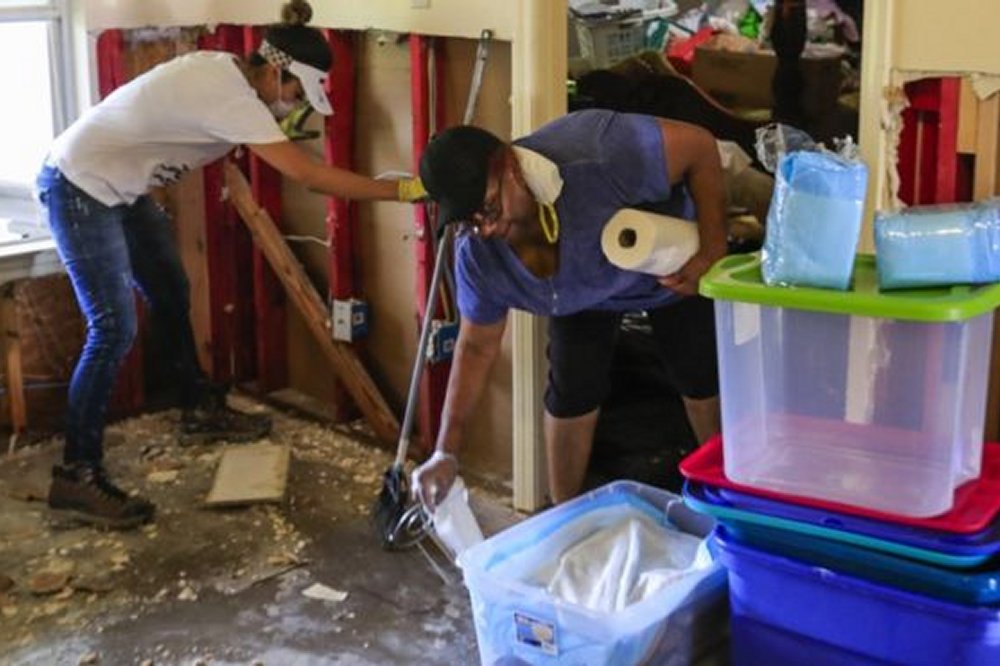 Texas Governor Greg Abbott has said the bill for reconstruction after Hurricane Harvey could be as high as $180bn.

He said the damage was worse than that caused by Hurricane Katrina, which devastated New Orleans in 2005.

Meanwhile, the head of the government’s disaster management agency has warned that flood-hit states should not rely on Washington to pick up the bill.

Brock Long said Harvey should be a wake-up call for local officials.

Recovery operations are under way across Texas, and in neighbouring Louisiana, although many areas are still battling floodwater.

The devastating hurricane made landfall in the state a week ago and has been blamed for at least 47 deaths. About 43,000 people are being housed in shelters.

The US government has already asked Congress for $7.85bn as an initial contribution towards recovery efforts, which Mr Abbott called a “down payment”.

He had previously said the state might need more than $125bn in aid, but revised that figure up on Sunday.

“Katrina caused, if I recall, more than $120bn [of damage] but when you look at the number of homes and business affected by this I think this will cost well over $120bn, probably $150bn to $180bn,” he told Fox News.

The White House has warned that the US debt ceiling – the cap on government spending – will need to be raised to meet the bill for recovery. Only Congress can raise that limit.

Brock Long, the head of the Federal Emergency Management Agency (Fema), told CBS that Harvey should be a lesson to state officials that they needed to set aside reserve funds for their own emergency management departments.

“It is a wake-up call for this country for local and state elected officials to give their governors and their emergency management directors the full budgets that they need to be fully staffed, to design rainy-day funds, to have your own stand-alone individual assistance and public assistance programmes,” he said.

Hurricane Irma will be devastating to US