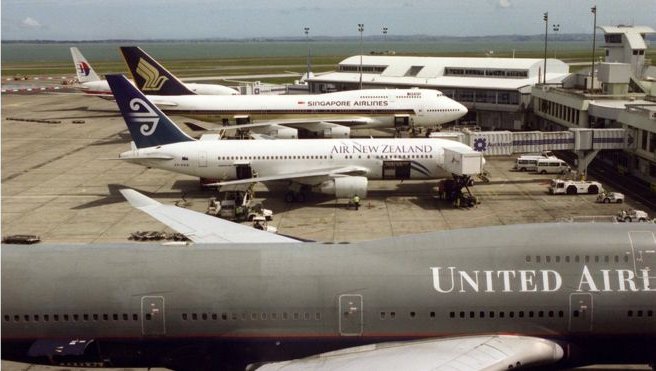 Thousands of airline passengers were stranded in Auckland on Monday after a burst pipeline cut jet fuel supplies to New Zealand’s largest airport.

The damaged pipeline is Auckland Airport’s only source of jet fuel.

The disruption is expected to last at least a week as work continues to repair the pipe, the operator said.

Fuel supplies have been rationed and airlines are looking to refuel in Australia and elsewhere to keep long-haul services running.

According to Auckland Airport, which sees about 18 million passengers a year, oil companies are responsible for the transport and supply of fuel used by airlines, and that supply has been reduced.

Air New Zealand said fuel supplies at the airport were down to 30% of normal capacity, forcing some long-haul flights to make additional refuelling stops at airports in Australia and the Pacific.

The carrier said about 2,000 passengers are affected by cancellations on Monday.

As well as Air New Zealand, Qantas, Cathay Pacific and Emirates said that some flights had been affected by the fuel shortage. At least 27 international and domestic flights were cancelled over the weekend.

Teams are working around the clock to fix the pipeline after damage from a digger caused it to burst last Thursday, operator Refinery New Zealand said.

But the firm said the repairs to build a new section of pipe, which have been complicated by safety concerns and heavy rains, will take a least a week.

The pipeline should return to service between 24 September and 26 September, the firm said.

That is likely to spell more pain for passengers and airlines.

The pipe also supplies petrol and diesel to drivers in Auckland, but the country’s energy minister Judith Collins said it was unlikely that motorists would be inconvenienced, as fuel was being trucked in from the refinery.

Some Auckland petrol stations run out of fuel after burst pipe