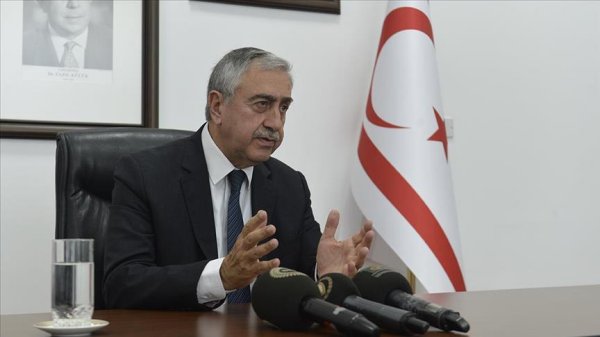 Speaking to journalists before taking off to New York to attend the UN General Assembly, Mustafa Akinci said his visit would highlight two important subjects.

“One of the focal points of my visit is that it’s happening after the peace talks failed in Crans-Montana, and I will meet with the UN secretary-general before the peace talks report is submitted to UN Security Council,” Akinci said, referring to peace talks in Switzerland that collapsed in July.

“Our expectations for the report is that it will not blame one side or the other. We hope for an objective approach to the issue,” he added.

Akinci also stressed that the upcoming “presidential” elections in Greek Cypriot administration set to start next January will be important for the future of the peace talks.

“We do not expect new developments on the peace talks in the coming months,” he added.

“The Greek Cypriot side needs to clearly state their hopes for Turkish Cypriots in the future.”

Cyprus has seen an on-and-off peace process in recent years, with the latest initiative in Switzerland under the auspices of guarantor countries Turkey, Greece and the U.K. collapsing earlier this year.

Turkey has blamed Greek Cypriot intransigence for the latest talks’ failure and also faulted the European Union for admitting Cyprus as a divided island into the union in 2004, after the Greek Cypriot administration rejected a peace deal.

The Eastern Mediterranean island has been divided since 1974, when a Greek Cypriot coup was followed by violence against the island’s Turks, and Ankara’s intervention as a guarantor power.