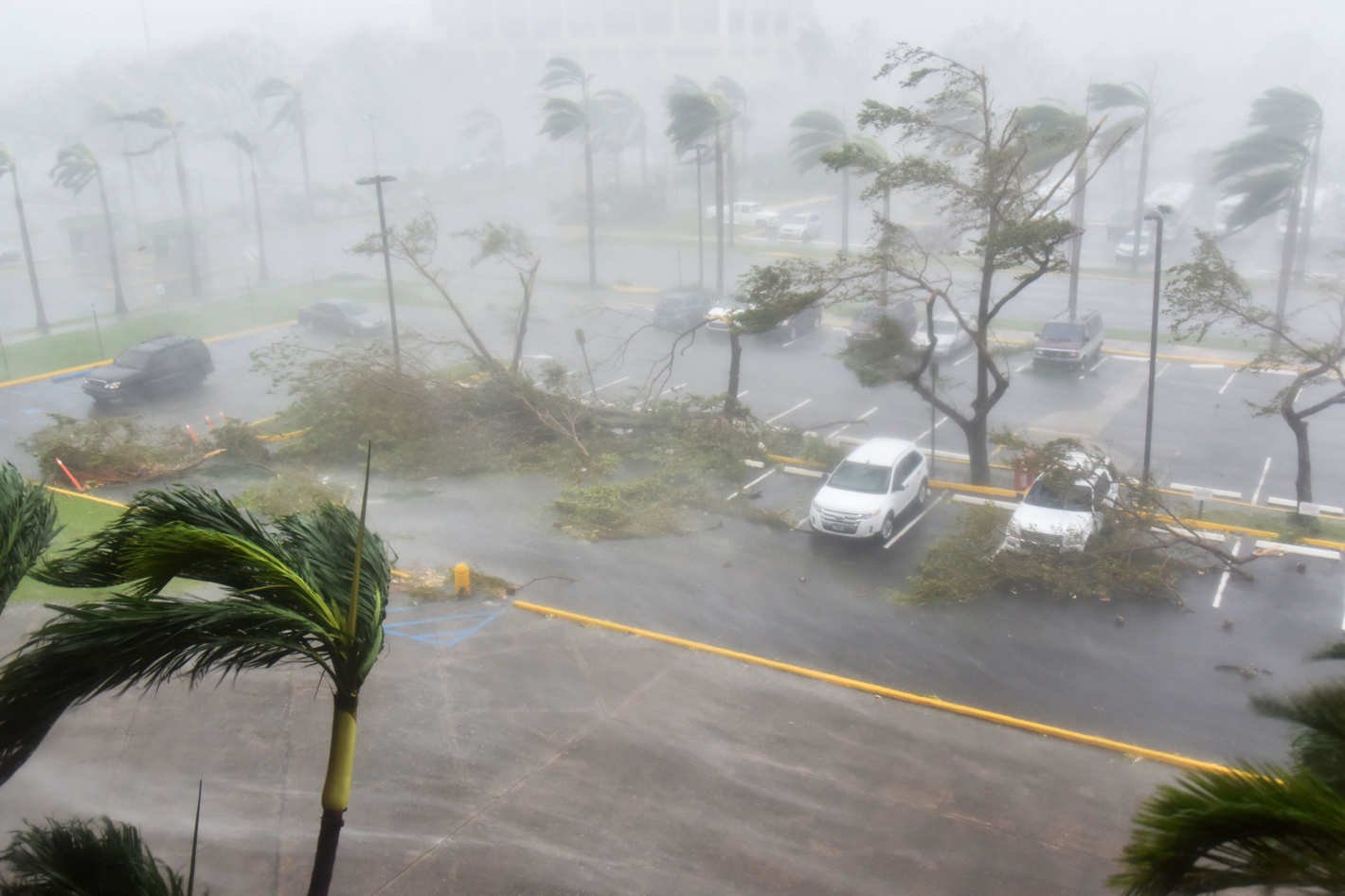 Hurricane Maria arrived in Puerto Rico early Wednesday — bringing the most severe weather conditions the U.S. territory has seen in nearly 100 years and blacking out the entire island.

Gov. Ricardo Rosselló told CNN on Wednesday night that power could be out on the island for “months.”

“It depends on the damage to the infrastructure,” he said. “I’m afraid it’s probably going to be severe. If it is…we’re looking at months as opposed to weeks or days.”

Maria hit Yabucoa, on Puerto Rico’s eastern coast, with Category 4 strength just after 6 a.m. Wednesday — with winds up to 155 mph.

Puerto Rico is home to over 3.5 million Americans, who were told Tuesday by Rosselló, “It’s time to hold on and stay safe.”

All 3.5 million of those residents are now without power, officials said Wednesday afternoon.

“We are 100 percent without power,” a spokesperson for Rossello told CNN.

It could be a long time before the lights are turned back on. When Irma passed over Florida earlier this month, it was estimated that about 5 million people lost electricity. It took several days before most of the outages were restored.

Communications and local radar data were also interrupted and more than 10,000 people were hunkered down in shelters by Wednesday’s arrival. The U.S. Coast Guard removed all its ships from the island, and President Donald Trump declared a state of emergency in Puerto Rico and the nearby U.S. Virgin Islands earlier this week.

As many as 25 inches of rain are expected to hit Puerto Rico, with storm surges of up to 9 feet and the possibility of tornadoes on Wednesday, the San Juan office of the U.S. National Weather Service said.

In its 11 a.m. advisory, the National Hurricane Center placed the center of the storm 15 miles east-southwest of Arecibo, Puerto Rico and moving northwestward at 12 mph. It said a hurricane warning is in effect for the United States and British Virgin Islands, Puerto Rico and parts of the Dominican Republic, the Turks and Caicos Islands and the Bahamas.

Maria’s awesome force came as the island was still recovering from Hurricane Irma, which cut through the Caribbean and killed dozens of people less than two weeks ago. Puerto Rico avoided a direct hit from Irma, but high winds pulled down power lines — leaving about 70,000 people still without electricity by the time Maria hit Wednesday.

Puerto Rico has 499 designated shelters, and Rossello urged residents to “move to safe areas because the hurricane will remain above Puerto Rico for a long time.” He added that heavy rain is expected until Saturday, and called the storm “the most dangerous storm in Puerto Rico’s modern history.”

The last time Puerto Rico saw a storm of Maria’s strength was 1928 when Okeechobee hurricane — also called the San Felipe Segundo hurricane — made a direct hit, killed more than 300 people and caused devastation across the entire island.