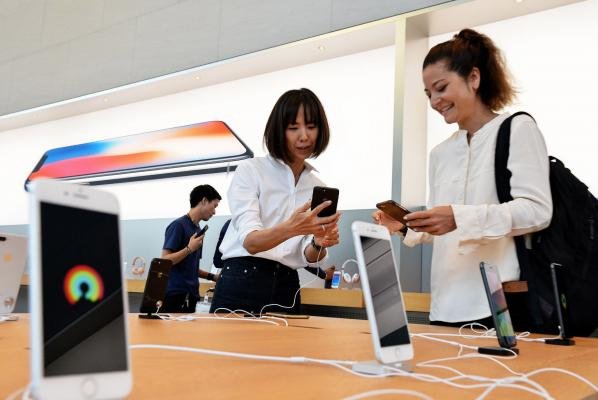 Apple on Friday released two of three versions of its long-awaited iPhone 8 in stores — but consumers will have to wait longer before they can get their hands on the hyped iPhone X.

Thousands of people around the world camped out overnight and got up early Friday to stand in line for Apple’s latest smartphone.

The launch of the iPhone 8 began in Australia and Asia, as they were the first regions to enter Friday.

The near-annual sales of new Apple phones is something of a ritual for enthusiasts — and long queues have been hallmarks of the releases since the first model hit stores in 2007. Lines for the newest version on Friday, though, appeared to be a bit lighter.

About 200 people were in line when a store in Singapore opened its doors. The Singapore location is Apple’s only Southeast Asia location, and many said they flew from Thailand to be there.

About 50 people were seen at a store in Sydney.

Experts say the more subdued nature of Friday’s release is likely a reflection of the popularity and anticipation of Apple’s iPhone X, which won’t hit stores until Nov. 3. At $999, the X carries the highest retail price ever set for an iPhone.

Related Topics:AppleiPhone 8Tech
Up Next