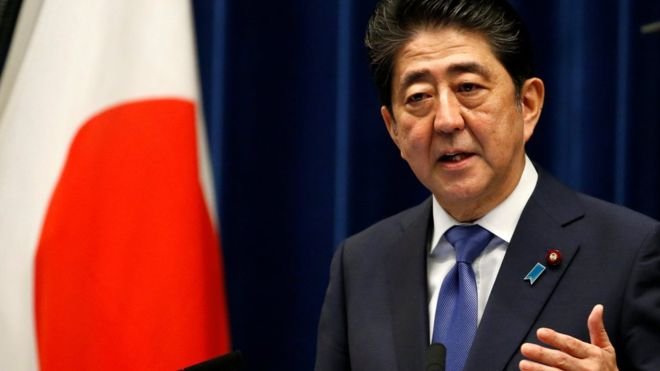 Japanese Prime Minister Shinzo Abe has called an election a year early and will dissolve parliament on Thursday.

Mr Abe’s announcement comes as his approval ratings have rebounded from a record low over the summer and with the opposition largely in disarray.

His support has surged with rising tensions with North Korea overshadowing criticism for alleged cronyism.

In a press conference on Monday evening, Mr Abe said the fresh stimulus was needed for education and social programmes to prepare Japan for the future.

He also said he would continue on his path of fiscal reform and would use the revenue from the recently introduced sales tax to balance the budget and reduce debt.

Analysts see the early vote as his way to seize the resurgent support and exploit the current weakness of the opposition.

For months, Mr Abe’s popular support has been badly hit by a string of scandals and unpopular policies.

In July, his ratings had dropped to less than 30% but then recovered to above 50% in September.

He denies allegations of cronyism and on Monday said dissolving the lower house was not an attempt at avoiding those allegations.

Mr Abe is also is trying to push through a widely unpopular shift in Japan’s post-war pacifist defence policy, calling for formal recognition of the military in the constitution.

Related Topics:AsiaJapanShinzo Abe
Up Next