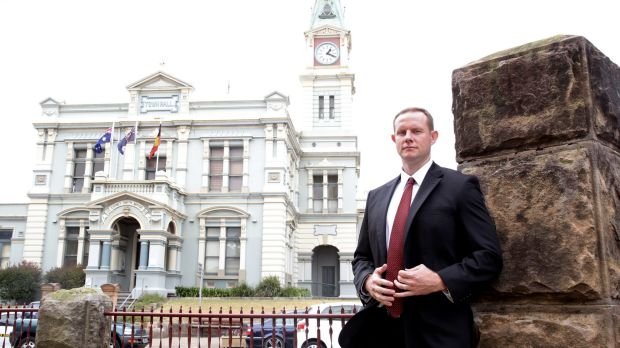 The sky-high cost of a wedding could be slashed for all gay couples wanting to marry in Sydney’s inner west if the newly elected mayor gets his way.

Fresh from taking charge of the newly formed council, Labor’s Darcy Byrne will soon move to see same-sex couples married in its halls and community centres free of charge should such unions be legalised as a result of the postal survey.

“We have one of the largest and proudest LGBTQI communities in Australia and the inner west must lead the national charge for civil rights,” Cr Byrne said.

“I will ask that our newly elected councillors formally endorse a recommendation that we make our facilities available for same-sex marriage celebrations, and that we actively invite and welcome couples wanting to use our halls.”

Cr Byrne, previously mayor of Leichhardt, seized the mayoralty of the 15-member Inner West Council this week under a power-sharing deal with two Liberals and an independent.

Labor’s five councillors were happy to see a Liberal become deputy mayor and lock the Greens, who hold five seats as well, out of any leadership positions.

The council was formed following a 16-month period of administration after the merger of Marrickville, Leichhardt and Ashfield councils in May 2016.

“On the day that this country finally accepts that love is love, I want couples to know that the inner west will welcome them with open arms if they want to celebrate their marriage in our public facilities,” Cr Byrne said this week.

The free venue policy would be in place for 100 days after the successful passage of same-sex marriage legislation through the Parliament.

The average cost of Australian weddings could be as much as $36,000 or even double that, with venue hire accounting for a sizeable chunk of the budget.

The council takes in one of the most left-wing areas of the country and support for same-sex marriage in the inner west is likely to be extremely high.

Nationally, the public debate over same-sex marriage has turned ugly in recent days, with former prime minister Tony Abbott being headbutted in Tasmania, although the alleged assailant said it had “nothing to do” with same-sex marriage.

‘Get real President Trump’: Australia’s message for US

Australia: First wave of refugees to US from Pacific camps imminent