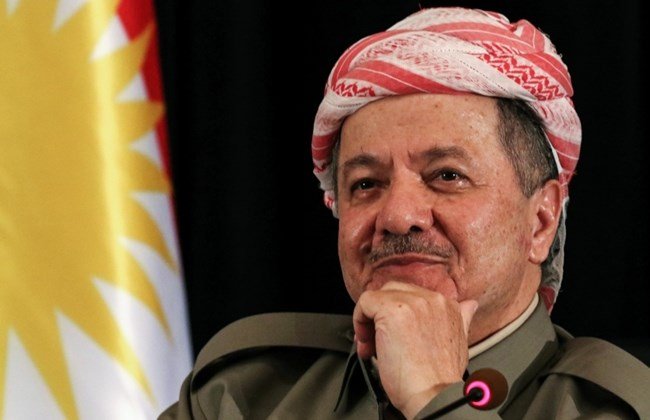 IRBIL, Iraq – The Iraqi government ruled out talks on possible secession for Kurdish-held parts of northern Iraq on Tuesday after a referendum on independence showed strong support for a split.

Celebrations continued until the early hours of Tuesday in Irbil, capital of the Kurdish region, which was lit by fireworks and adorned with Kurdish red-white-green flags. People danced in the squares as convoys of cars drove around honking their horns.

In ethnically-mixed Kirkuk, local Kurdish-led authorities lifted an overnight night curfew imposed in city, where Arabs and Turkmen opposed the vote. The referendum has fueled fears of a new regional conflict.

Kurdistan Regional Government (KRG) President Masoud Barzani says the vote is not binding, but meant to provide a mandate for negotiations with Baghdad and neighbouring countries over the peaceful secession of the region from Iraq.

Baghdad persisted in its unwavering opposition to Kurdish independence. “We are not ready to discuss or have a dialogue about the results of the referendum because it is unconstitutional,” Iraqi Prime Minister Haider al-Abadi said in a speech on Monday night.

The Kurds held the vote despite threats from Baghdad and Iraq’s powerful neighbours, Iran and Turkey, to block it.

Iraqi Kurds – part of the largest ethnic group left stateless when the Ottoman empire collapsed a century ago – say the referendum acknowledges their contribution in confronting Daesh (ISIS) after it overwhelmed the Iraqi army in 2014 and seized control of a third of Iraq.

Voters were asked to say ‘yes’ or ‘no’ to the question: “Do you want the Kurdistan Region and Kurdistani areas outside the (Kurdistan) Region to become an independent country?”

With 30 million ethnic Kurds scattered across the region, mainly in Iraq, Iran, Turkey and Syria, governments fear the spread of separatism to their own Kurdish populations.

President Tayyip Erdogan has said Turkey could cut off the pipeline that carries oil from northern Iraq to the outside world, and Iraq said its army had started “major maneuvers” with the Turkish army at the border.

The U.S. State Department said it was “deeply disappointed” by the KRG’s decision to conduct the referendum but added that Washington’s “historic relationship” with the people of the Iraqi Kurdistan Region would not change.

Iran announced a ban on direct flights to and from Kurdistan on Sunday, while Baghdad asked foreign countries to stop direct oil trading with the Kurdish region and demanded that the KRG hand over control of its international airports and border posts with Iran, Turkey and Syria.

Tehran supports Shiite groups that have ruled or held security and government positions in Iraq since the U.S.-led invasion that toppled Saddam Hussein in 2003.

Syria, embroiled in a devastating civil war and whose Kurds are pressing ahead with their own self-determination, rejected the referendum.

KRG Prime Minister Nechirvan Barzani said he hoped to maintain good relations with Turkey. “The referendum does not mean independence will happen tomorrow, nor are we redrawing borders,” he said in Irbil on Monday. “If the ‘yes’ vote wins, we will resolve our issues with Baghdad peacefully.”

British Foreign Secretary Boris Johnson reiterated London’s opposition to the vote, urging “all sides to refrain from provocative statements and actions in its aftermath.

“The priority must remain the defeat of Daesh and returning stability to liberated areas,” he added, a reference to Daesh militants who continue to control parts of Iraq and Syria, including a pocket west of Kirkuk.