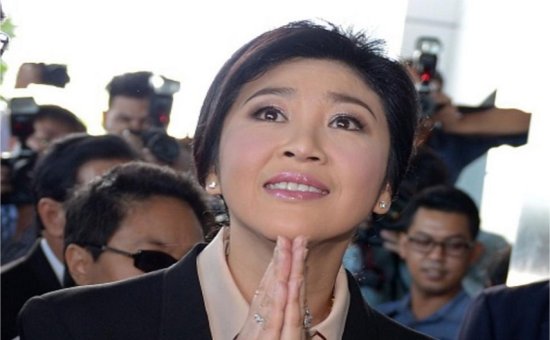 Yingluck, who says the charges are politically motivated, is believed to have fled the country last month before the court session at which the verdict initially was to have been delivered.

Yingluck’s government was overthrown in a military coup in 2014. She and her supporters said she was innocent and was persecuted as part of an effort to dismantle the political machine of her brother, former Prime Minister Thaksin Shinawatra, a telecommunications tycoon.

Thaksin was toppled from power by a 2006 military coup after being accused of abuse of power, corruption and disrespect for the country’s monarchy. He is living in self-imposed exile to avoid serving a prison term for what he calls a politically motivated 2008 conviction on a conflict of interest charge.

Yingluck, who inherited the leadership of Thaksin’s political machine and was elected prime minister in 2011, became a proxy target for his enemies as well.

The rice subsidy scheme was a flagship policy that helped Yingluck’s Pheu Thai Party win the 2011 general election. The government paid farmers about 50 percent above what they would have received on the world market, with the intention of driving up prices by warehousing the grain.

Instead, other rice-producing countries captured the market by selling at competitive prices. Vietnam as a result replaced Thailand as the world’s leading rice exporter.

Prosecutors argued that Yingluck ignored warnings of corruption in the subsidy program and was guilty of dereliction of duty. Her critics describe the overriding motive of the program as political, an effort to buy the loyalty of rural voters with state funds.

Thaksin’s supporters, who delivered him unprecedented electoral victories, believe his only offense was challenging the power of the country’s traditional elite, led by monarchists and the military, and supported by the urban middle class.

Related Topics:AsiaThailandYingluck Shinawatra
Up Next