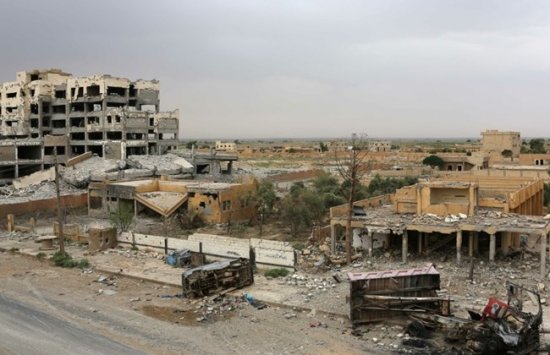 Daesh killed at least 58 Syrian government troops and militia as the jihadists put up fierce resistance to a Russian-backed offensive against some of its last bastions, a monitor said Friday.

Most of Thursday’s dead came south of the desert town of Sukna, east of the ancient city of Palmyra, the Syrian Observatory for Human Rights said.

Daesh put out a statement claiming to have killed scores of regime fighters in the area.