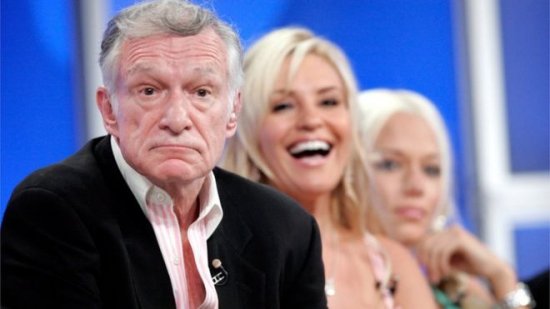 In life, Playboy founder Hugh Hefner cavorted with a harem of young women in the infamous Playboy Mansion – a byword for hedonism and sexual excess.

In death, he will lie next to just one: the iconic Hollywood actress Marilyn Monroe.

The situation has divided public opinion, with some seeing a touching gesture and others a sleazy intrusion.

Hefner fans on social media praised him for appreciating Monroe – his first cover girl, who died in 1962.

But others pointed out that while Hefner launched his brand and his lifestyle off the back of that first Playboy issue in December 1953, Monroe was embarrassed by the shoot that appeared in it – and feared for her future career.

She had agreed to pose nude as a young woman, short on acting work and desperate for money. She received $50 in modelling fees.

Four years later, Hefner paid a Chicago calendar company $500 so he could show Monroe with “nothing but the radio on” – and sold 50,000 magazines almost overnight.

In “Marilyn: Her Life in Her Own Words”, the actress wrote: “I never even received a thank-you from all those who made millions off a nude Marilyn photograph. I even had to buy a copy of the magazine to see myself in it.”

Hefner never met the Some Like It Hot star – though he said they had talked once by phone. “I’m a sucker for blondes, and she is the ultimate blonde,” he observed.

Speaking of his post-mortem plans, the multi-millionaire told the LA Times he had many friends buried in the Westwood Village Memorial Park in Los Angeles, California. Screen favourites Natalie Wood, Dean Martin, and Farrah Fawcett are among its celebrity residents.

“I’m a believer in things symbolic,” he told the paper. “Spending eternity next to Marilyn is too sweet to pass up.”

Protesters continue to block the Trans-Canada Highway at the N.S.-N.B. border