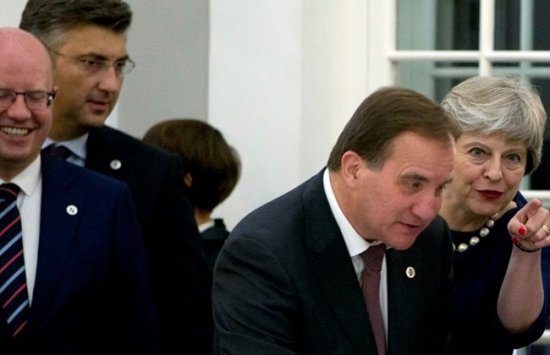 Britain will remain “unconditionally committed” to protecting Europe after it has left the European Union, Prime Minister Theresa May said Friday, citing the need to come together in the face of threats from Russia.

“When a nation like Russia deliberately violates the rules-based international order that we have worked so hard to create, we must come together with our allies to defend that international system,” she told British troops in northern Estonia.

“The United Kingdom is unconditionally committed to maintaining Europe’s security and we will continue to offer aid and assistance to EU member states that are the victims of armed aggression, terrorism and natural or man-made disasters.”

May is in Estonia for an EU meeting.

Related Topics:BritainEuropeTheresa May
Up Next