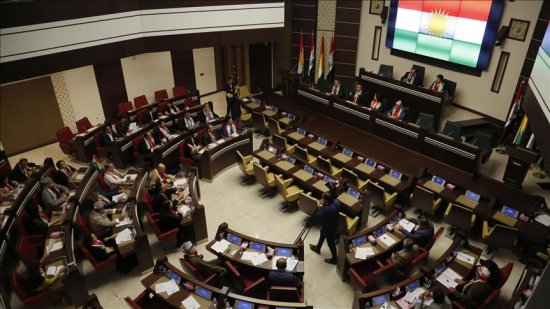 ERBİL, Iraq – Northern Iraq’s Kurdish Regional Government (KRG) has called on the federal government in Baghdad and the UN to lift an air embargo imposed on the Kurdish region following this week’s illegitimate independence referendum.

A flight ban on the region came into effect on Friday after Erbil rejected a call by Baghdad to surrender control of the Erbil and Sulaymaniyah airports to the federal government.

The move came amid tension between Baghdad and Erbil over the latter’s decision to hold a referendum on Monday on whether to secede from Iraq.

In a statement issued late Friday, the KRG described the embargo as a “collective punishment”, warning that the move would distract from the ongoing fight against Daesh.

The ban “would hinder visits by patients and those injured in the fight against Daesh for medical treatment abroad,” KRG spokesman Safin Dizayi said.

Monday’s referendum in northern Iraq had faced sharp opposition from most regional and international actors, many of whom had warned that the poll would further destabilize the Middle East.

According to figures released by the KRG (of which Erbil serves as administrative capital), almost 93 percent of voters cast ballots in favor of independence from Baghdad.

Icy Surprise Near the Martian Equator