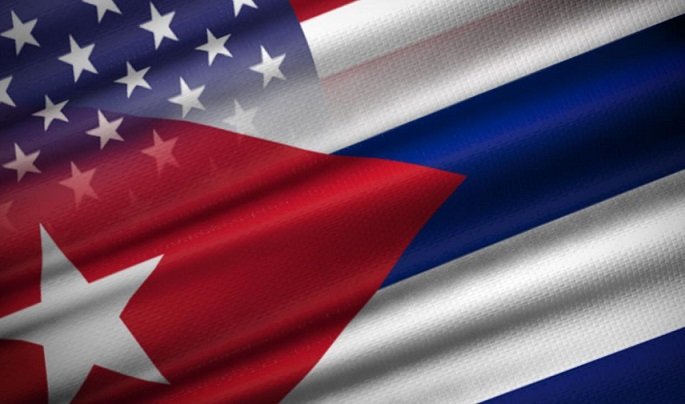 The Trump administration on Tuesday expelled 15 Cuban diplomats to protest Cuba’s failure to protect staff at the U.S. embassy in Havana from a mysterious spate of health “attacks,” spurring new tensions between the former Cold War foes.

Secretary of State Rex Tillerson said the expulsions from Cuba’s embassy in Washington were also intended to ensure “equity” in staffing levels, after he recalled more than half the U.S. diplomatic personnel in Havana on Friday.

Cuban Foreign Minister Bruno Rodriguez denounced the decision as “unjustified,” accused the United States of insufficient cooperation with Cuba’s investigation of the health incidents and urged Washington to stop politicizing the matter.

The steps taken by Republican President Donald Trump’s administration delivers another blow to his Democratic predecessor Barack Obama’s policy of rapprochement, including actions likely to erode the normalization of a relationship dominated for decades by mutual hostility and suspicion.

The latest U.S. move was communicated to Cuban Ambassador Jose Ramon Cabanas on Tuesday, and the diplomats were given seven days to leave, a State Department official said, speaking on condition of anonymity.

“Until the Government of Cuba can ensure the safety of our diplomats in Cuba, our embassy will be reduced to emergency personnel to minimize the number of diplomats at risk of exposure to harm,” Tillerson said in a statement.

“We continue to maintain diplomatic relations with Cuba, and will continue to cooperate with Cuba as we pursue the investigation into these attacks,” he added.

The United States announced on Friday that it was sharply reducing its diplomatic presence in Cuba, as it warned U.S. citizens not to visit the Communist-ruled island because of the alleged attacks it says have caused hearing loss, dizziness and fatigue in 22 U.S. embassy personnel.

The State Department had said the embassy was halting regular visa operations for Cubans seeking to visit the United States and would offer only emergency services to U.S. citizens.

Cuba has denied involvement in any attacks and says it has reinforced security for U.S. diplomatic personnel.

Rodriguez said lack of U.S. cooperation had stymied its own investigation into the matter. Authorities had not provided access to the injured people and the doctors who examined them, or to the homes where the attacks allegedly took place, he said, adding that evidence had been delivered late.

Rodriguez urged the United States to cooperate more and said Cuba was also working with Canada on the investigation as Canadian diplomats have reported similar symptoms.

So far, none of the probes have yielded any answers about how the alleged attacks were carried out or who was responsible.

Several Cuban-American Republican lawmakers, including U.S Senator Marco Rubio and Representative Ileana Ros-Lehtinen, had urged that Cuban diplomats be kicked out in retaliation for the Cuban government’s failure to get to the bottom of the attacks.

“I commend the U.S. State Department for expelling a number of Cuban operatives from the U.S.,” Rubio, an influential voice on Trump’s Cuba policy, said in a statement.

But James Williams, president of Engage Cuba, a Washington-based pro-engagement lobbying group said: “This decision appears to be purely political, driven by the desire of a handful of individuals in Congress to halt progress between our two countries.”

“It looks like we are returning the threats and tensions of the 1960s,” said Maria Fernandez, a 45-year-old office worker in Havana. “This is madness by Trump. It’s really sad, because we are so close, and yet so far away from a sincere rapprochement.”

Trump, who in June vowed to partially roll back the detente with Cuba agreed by his Democratic predecessor Obama after five decades of hostility, called the Cuban government “corrupt and destabilizing” in his address to the United Nations last month. Cuba described his comments as “unacceptable and meddling.”

Rodriguez urged the United States “not to continue politicizing this matter, which can provoke an undesirable escalation and could rarify and reverse even more bilateral relations.”

In Havana, U.S. diplomats frantically selling off their belongings at garage sales and on social media, said they were disappointed to be ordered to leave.

In a message on Facebook, the embassy’s top official, career diplomat Scott Hamilton, said he would also be leaving. “I am an optimist and hope we will return one day, before too long,” he wrote. “Hasta la proxima Cuba.”