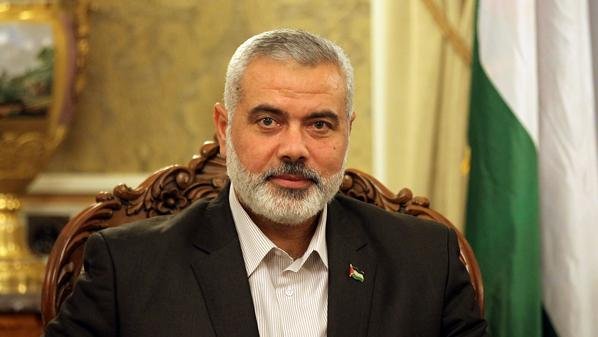 Rival Palestinian factions Hamas and Fatah have reached a deal over political reconciliation, Hamas chief Ismail Haniyeh said in a statement on Thursday, without providing further details about the accord brokered by Egypt.

A Hamas official told Reuters that details are expected to be released at a noon news conference in Cairo, where unity talks between the rival factions began on Tuesday.

The Western-backed mainstream Fatah party lost control of Gaza to Hamas, considered a terrorist group by the West and Israel, in fighting in 2007. But last month Hamas agreed to cede powers in Gaza to President Mahmoud Abbas’ Fatah-backed government.

“Fatah and Hamas reached an agreement at dawn today upon a generous Egyptian sponsorship,” Haniyeh said in a statement.

Egypt has helped mediate several attempts to reconcile the two movements and form a power-sharing unity government in Gaza and the West Bank. Hamas and Fatah agreed in 2014 to form a national reconciliation government, but despite that deal, Hamas’s shadow government continued to rule the Gaza Strip.

“We congratulate our Palestinian people on the reconciliation agreement reached in Cairo. We make every effort possible to implement it to start a new chapter in the history of our people,” Hamas spokesman Hazem Qassem told Reuters.

Hamas agreed to hand administrative powers in Gaza to a Fatah-backed government last month. The move was a major reversal for Hamas, prompted partly by the group’s fears of potential financial and political isolation after its main donor Qatar suffered a major diplomatic crisis with key allies.

Delegations from the two rivals have been in talks in Cairo this week to work out the details of the administrative handover, including security in Gaza and at border crossings.

Under the deal, 3,000 Fatah security officers will join the Gaza police force. But Hamas would still have the most powerful armed Palestinian faction, whose estimated 25,000 well-equipped fighters have fought three wars with Israel since 2008.

Both rivals hope the deal’s proposed deployment of security personnel from the Fatah-led Palestinian Authority to Gaza’s borders will encourage Egypt and Israel to lift their tight restrictions at border crossings, a much needed step to help Gaza revive its economy.

Abbas to visit Gaza within a month for Palestinian unity bid