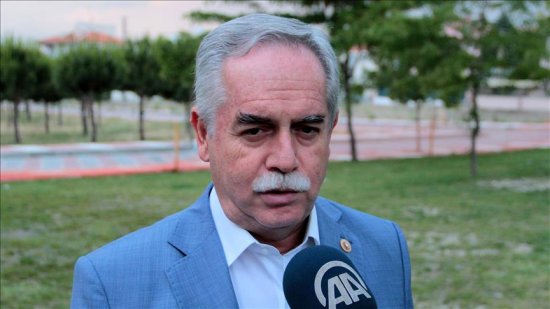 ANKARA – The head of Turkey-Russia parliamentary friendship group head has called for visa-free travel for citizens of both countries like it used to be before the downing of a Russian fighter jet in 2015.

Speaking to Anadolu Agency on Friday, Recai Berber, who is also a ruling Justice and Development (AK) Party lawmaker from Manisa province, said: “We do not see Russia as a rival but a partner.

“I think that the development of our relations will gain favor among the two countries very quickly.”

In June, Russian Prime Minister Dmitry Medvedev signed a decree lifting the ban on some Turkish agricultural imports as well as companies involved in construction, engineering, and tourism, ending restrictions that followed the downing of a Russian fighter jet in 2015.

Following the end of those sanctions, only two restrictions — visa-free travel for Turkish citizens and tomatoes — remain for Ankara.

Berber urged lifting of all restrictions between Turkey and Russia.

“In our relations with Russia, one of the most important thing is to remove the visas.”

He pointed out that if travel restrictions remain in place on people from both sides then it would be impossible to see improvement in other areas.

He added: “Visa is the most important restriction.”

Berber said the visa requirement for Turkish and Russian citizens blocks the development of economic and political relations between the two countries.

“We are waiting for visas to be removed like it was before,” he added.