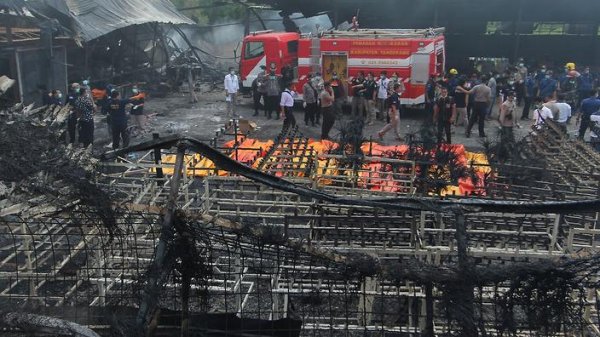 More than 23 people have been killed and dozens injured after a blaze tore through an Indonesian fireworks factory, police said on Thursday (Oct 26).

The fire broke out at about 9am in an industrial complex in Tangerang, a satellite city of Indonesia’s capital Jakarta. Firefighters were still battling the blaze in the mid-afternoon.

A firefighter on the scene said dozens of people were injured.

Pictures showed the fire had collapsed parts of the building, scorched nearby cars and sent plumes of black smoke into the air.

The factory — part of a complex that borders a residential area — had only been operating for one and a half months and all the victims are factory workers, Mr Toni Ruston, a local official, told Metro TV.

Related Topics:AsiaIndonesiaTangerang Kota
Up Next