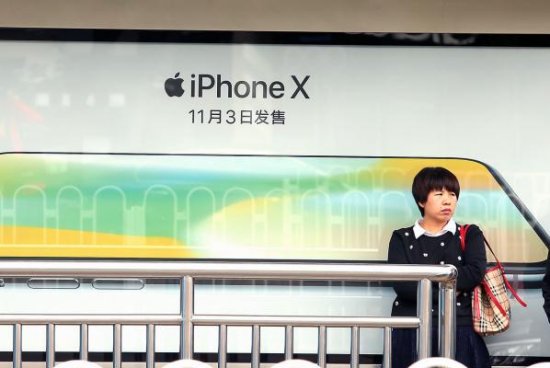 Preorders for Apple’s new iPhone X sold out in 10 minutes after opening online to people in more than 50 countries on Friday.

At 3 a.m. EST, demand for the newest iPhone early orders pushed back shipping dates for up to five weeks, succeeding the estimated one-to-three-week projected shipping time for the iPhone 7 and 7 Plus. In 2014, the iPhone 6 wait time was expected to be a week or less.

In countries like Great Britain and Australia, the wait time is estimated at five to six weeks.

The new phone brings one of the first major redesigns the product has seen in years. New features will include Face ID facial recognition software and a new OLED screen.

Investors have sent the tech company’s shares up 35 percent over the past year, subsequently increasing Apple’s market value to greater than $800 billion. These increased numbers are largely on a bet that new iPhones, including the X model, will deliver record-breaking sales.

“The biggest risk for Apple is the supply chain,” Raj Aggarwal, co-founder of Localytics, told the Wall Street Journal.

“Are they going to be able to fill preorders for the iPhone X? If they can, they’re in good shape. If they can’t, they’re going to miss some numbers this year.”

The iPhone X officially goes on sale in retail stores on Nov. 3.