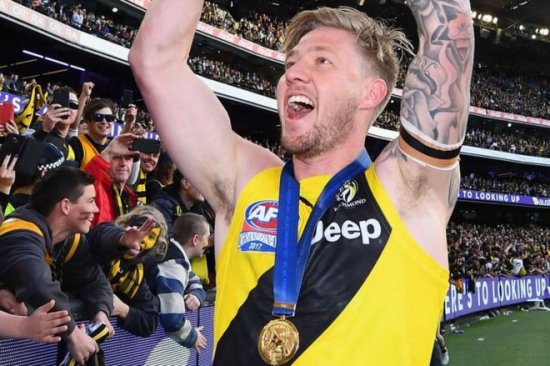 An Australian rules football player has apologised for distributing an image of a topless woman without her consent.

Nathan Broad, a player for the Richmond Tigers in the Australian Football League, admitted to sending the image, which then went viral.

Police dropped an investigation into the incident at the woman’s request. Richmond has suspended Broad for three games in next year’s season.

“I sent a very private picture without this young woman’s consent,” he said at a press conference in Melbourne on Monday.

“I am ashamed and I am embarrassed and I made a very bad drunken decision. Not only have I let down my family, my friends and the Richmond Football Club, but most of all I let down a young woman who I cared about… who I liked and respected.”

The image showed the woman wearing a medallion Broad had received after Richmond won the AFL Grand Final last month.

In a statement released by her lawyer, the woman said she had been “shocked and extremely confused” when she spotted the photo online. She had been told that the image was deleted.

“She approached the player and football club for help to getting it removed from the internet, but it soon became apparent that the image had gone ‘viral’,” law firm Maurice Blackburn Lawyers said.

“We are incredibly sorry for the distress Nathan’s actions have caused the young woman, who deserved better,” she said.