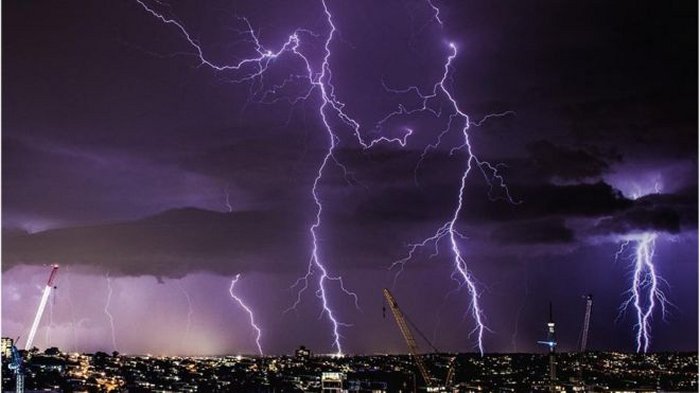 Severe storms have brought heavy rain and a spectacle of lightning to Australia’s Queensland, with lightning bolts ripping across the night skies for hours.

There were over 176,000 lightning strikes overnight – with more expected on Monday.

The storm damaged a number of houses and left thousands without power.

The turbulent weather had photographers and storm chasers glued to the skies, with many capturing stunning shots of the lightning strikes.

“It would erupt in bursts, lighting up the entire sky, then calming momentarily before continuing the electric display.”

Local energy provider Energexx said more than 4,000 homes were left without power as a result of the storms.

In Brisbane the storm lasted for around three hours throughout Sunday evening, but stirred again in the early hours of the morning.

Authorities warn that the storm will likely continue to hit southeast Queensland with more damages expected.