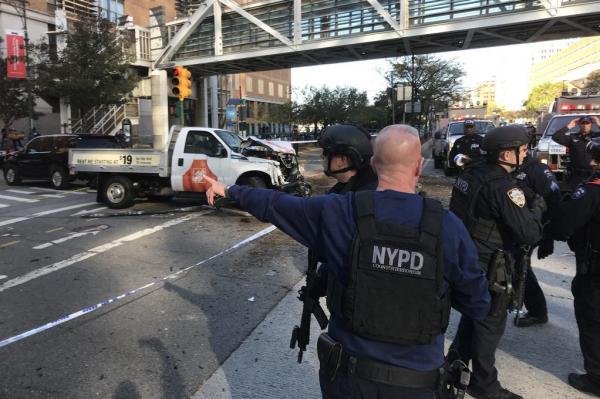 Eight people were killed and at least 11 others were injured Tuesday afternoon in New York City’s Lower Manhattan area.

Initial reports said a gunman shot as many as six people, but the New York City Police Department said that a 29-year-old man drove a rented Home Depot pickup truck onto a bike path along West Side Highway, striking a number of people.

Saying that police are treating the incident as an act of terrorism, New York City Mayor Bill De Blasio confirmed eight people died. Police added that about a dozen others were injured.

The truck also crashed into a school bus, the New York Times reported. New York Governor Andrew Cuomo said there was “no evidence to suggest a wider plot.”

New York City Police said police shot the suspect and brought him into custody after he crashed his vehicle and exited with a paintball gun and a pellet gun.