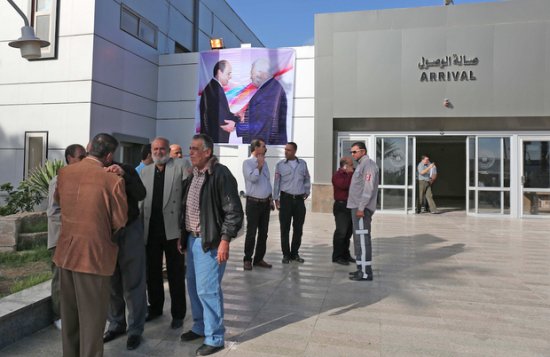 Hamas handed over control of the Gaza Strip’s border with Egypt to the Palestinian Authority on Wednesday, an AFP journalist said, in a first key test of a Palestinian reconciliation accord agreed last month.

Nazmi Muhanna, the Palestinian Authority’s top official for border crossings, formally received control of the Rafah crossing with Egypt from his Hamas counterpart.

At a separate checkpoint with Israel, an AFP photographer also saw Hamas installations being dismantled.

Hisham Adwan, director of information at the Hamas crossings authority, told AFP that Palestinian Authority employees would resume full control of the border.

Under the Egyptian-brokered deal, the Palestinian Authority is due to take full control of Gaza by December 1.

The checkpoints had been due to be handed over by November 1 and were seen as a first key test of the strength of the reconciliation agreement.

Hamas has ruled Gaza since 2007 when the Islamists seized control in a near civil war with Abbas’s Fatah, based in the occupied West Bank.

A number of issues, including the future of Hamas’ vast military wing, remain uncertain.

Pentagon: Raqqa, Syria still too dangerous for civilians to return