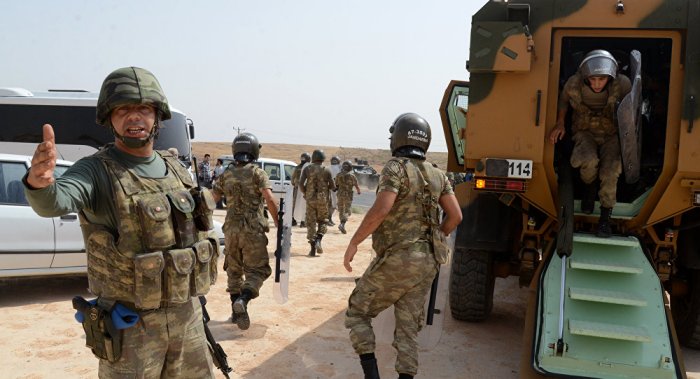 At least eight Turkish forces and five members of the outlawed Kurdistan Workers’ Party (PKK) have been killed during fresh clashes in southeastern Turkey near the Iraqi border.

According to security and hospital sources, the casualties came on Thursday as Turkish forces launched a helicopter-backed operation in search of PKK militants.

The sources said that PKK militants sought to cross the border into the mountainous Semdinli district of Hakkari Province.

Over the past months, Turkish ground and air forces have been carrying out operations against the PKK positions in the country’s southeastern border region as well as in northern Iraq and neighboring Syria.

Earlier in September, the Turkish General Staff said its troops had killed almost 100 PKK militants during operations carried out in different districts in the provinces of Sirnak and Hakkari.

Turkey has declared the PKK a terrorist organization and has banned it. The militant group has been seeking an autonomous Kurdish region since 1984.

A shaky ceasefire between the PKK and the Turkish government collapsed in July 2015. Attacks on Turkish security forces have soared ever since.

More than 40,000 people have been killed during the three-decade conflict between Turkey and the autonomy-seeking militant group.

Pope heads to Myanmar and into Rohingya crisis