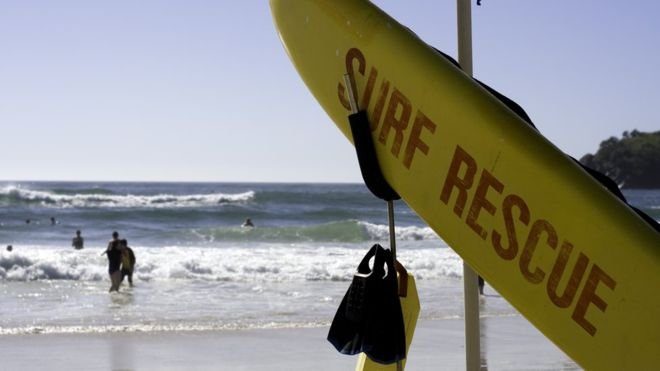 Two Australian surfers who tried to rescue a man from drowning on Christmas Day have angrily accused others of not helping their efforts.

Indian student Ravneet Singh Gill, 22, and seven friends were pulled out to sea by a strong current at Flag Staff or Duranbah Beach in New South Wales.

Lifeguards rescued the group but could not revive Mr Singh Gill.

Dean and Shaun Harrington, who said they assisted in the rescue, accused others of “standing around watching”.

The brothers, who have an online following for their prankster acts, lashed out at other surfers in an Instagram post which has received more than 7,000 likes.

“If you see someone in trouble you HELP THEM,” the post reads. It singles out a “a kite boarder who nearly ran me over twice when I had an unconscious man in my arms”.

“Some poor family has lost a life because people were standing around watching and doing [nothing].”

Mr Singh Gill had been studying and living on the Gold Coast in Queensland for the past three years, according to the Gold Coast Sikh Council, which has paid tribute to the young man.

“As the eldest of his family, Ravneet was the pillar of hope and support for his parents and younger brother who reside in India,” they said.

It is the latest in a string of drownings off the Australian coast, as summer begins and people head to beaches.

Many praised the brothers’ “brave” and “heroic” actions while others said attempting a rescue without the necessary skills or equipment just added to the danger.

“Unless you have a board or something for the drowning people to hold on to, any swimmer would be more of a liability than help,” one person wrote.

“How is it selfish to stay on the beach out of the way? It’s 100x better than getting in the way of the rescue and putting yourself at risk.”

In the event of an emergency, Surf Lifesaving New South Wales recommend members of the public alert lifeguards or call emergency services.

They do not advocate one way or the other for getting involved in rescues.

However, the organisation recognises that surfers do perform rescues at beaches. It offers a program which teaches board riders how to properly conduct rescues as well as CPR and first aid skills.

Beachgoers are advised to stay safe by swimming at a patrolled beach and between the red and yellow flags.

Sydney swelters in hottest day since 1939 as mercury hits 47.3C