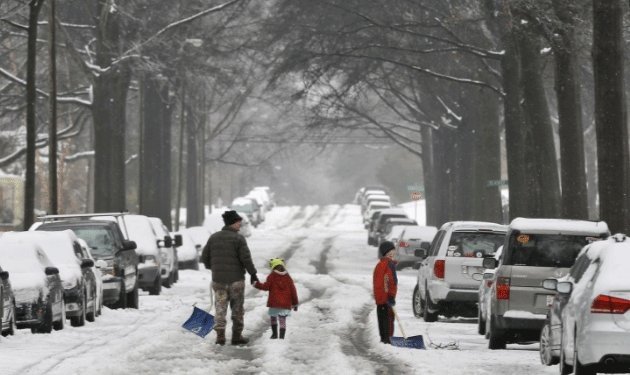 The US National Weather Service warned that a major winter storm would bring heavy snow and ice, from Florida in the southeast up to New England and the Northeast on Wednesday and Thursday.

New York City was under a winter storm watch, with between three and six inches (8-15 centimeters) of snow expected from Wednesday night through Thursday.

Tallahassee, Florida’s capital in the far north of the “Sunshine State,” awoke Wednesday to a dusting of 0.1 inches of snow, the first significant measurement since 1989, according to the Weather Channel.

Floridians, more accustomed to hurricanes than this odd white substance, rushed to publish on social media their photos of snow covering their warm-weather flip-flop footwear and outdoor swimming pools.

The storm has already led to the closure of roads in northern Florida and southeastern Georgia, where governor Nathan Deal declared a state of emergency in the coastal area.

Forecasters said the night-time temperature would fall below freezing in Tallahassee this week.

The National Weather Service said the rapidly deepening area of low pressure off Florida’s east coast will move northeastward bringing snow to the southern mid-Atlantic coast and then to New England as it moves towards the Canadian Maritimes by Friday.