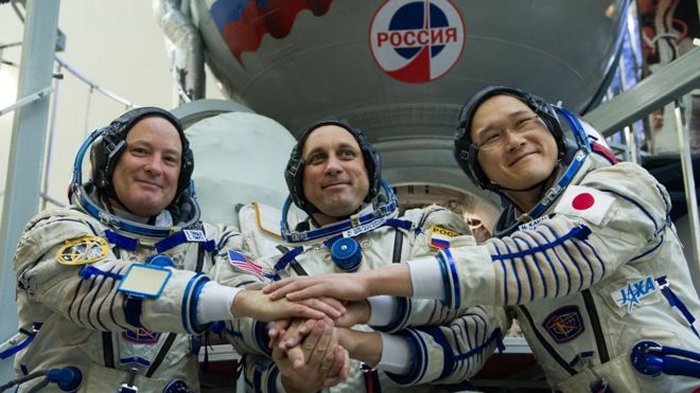 Space is a dangerous and unforgiving place, and spending time away from gravity takes its toll on the human body, as many astronauts have found out after returning to Earth.

But what exactly are the risks?

Japanese astronaut Norishige Kanai this week may have briefly grabbed news headlines by announcing he had stretched a staggering 9cm (3.5in) in just three weeks onboard the International Space Station (ISS).

He later admitted he had miscalculated the figure and it was actually just 2cm (0.9in), but significant height changes are actually normal for astronauts spending time in space.

Without the strong pull of Earth’s gravity, spinal vertebrae can expand or “unload” leading to a slight change of height. But research shows that once back on Earth, astronaut’s heights go back to normal.

What happens during a year in space?

Usually astronauts are sent to the ISS for about six months at the time, but American Scott Kelly made history in 2016, after completing a 340-day trip alongside Russian cosmonaut Mikhail Kornienko.

The mission’s aim was to gain a better understanding of what weightlessness, radiation and isolation does to the human body during long durations in space.

As one half of a pair of astronaut twins, Mr Kelly provided a unique opportunity in the study of long-term side effects of spaceflight. His brother Mark stayed at home for the mission, so the two could be compared afterwards.

“Most of the health problems aren’t symptomatic, you can’t sense your own bone mass,” Scott Kelly told the BBC.

After arriving back on Earth, he had to go through rigorous body testing. The long period of time in space left him with an exhaustive list of symptoms.

“I had soreness, stiffness, some bone loss and a bit of muscle loss. I had some swelling and an increase in my inner cranial pressure,” he explained.

He also experienced skin conditions such as rashes and hives, as well as nausea and dizziness as he adjusted back to the Earth’s atmosphere.”We weren’t warned in any specific briefing, but you know that it’s part of being an astronaut,” he said.

Nasa said Mr Kelly’s trip was an important step towards lowering the biomedical risk of space travel, which would help plan for future trips where astronauts may visit Mars and beyond.

Any mission to the red planet would take at least 30 months to complete, far longer than the maximum amount of time that humans have spent in space so far.

Health issues for astronauts to overcome