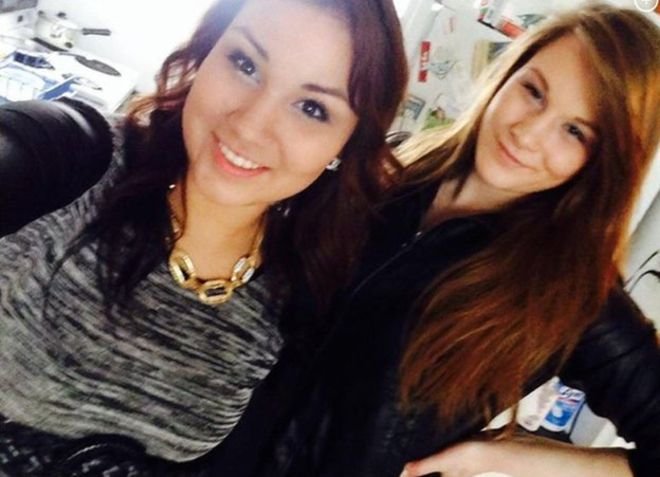 A Canadian woman has been convicted of killing her friend after police discovered the murder weapon used in a picture of the pair on social media.

Gargol was found strangled to death near a landfill in Saskatoon, Saskatchewan, with Antoine’s belt near her body.

Antoine was sentenced to seven years for manslaughter.

She was identified as a suspect after she posted a selfie on Facebook of the two of them, showing her wearing the belt hours before Gargol died.

The two were “inseparable” friends, reported the Toronto Sun – until Gargol was discovered dead on a road by a passerby in the early morning of 25 March 2014.

Police said that no evidence could be found to verify the story Antoine first gave to them – which was that the pair had gone from a house party to some bars before Gargol left with an unidentified man, while Antoine went to see her uncle.

Once the belt had established Antoine as a suspect, police used Facebook posts to help establish the real movements of the pair.

Police realised that Antoine’s Facebook post on Gargol’s personal page the following morning – “Where are you? Haven’t heard from you. Hope you made it home safe” – was a diversion. She had also asked her uncle to provide a false alibi.

And eventually she confessed to a friend.

Antoine now says the pair were drunk and high on marijuana when they got into a heated argument.

She accepts she is responsible for strangling her best friend – although she says she doesn’t actually remember the events.

Yes, and that’s why the judge agreed to a seven-year sentence when she pleaded guilty to manslaughter (rather than the second-degree murder she was originally charged with).

“I will never forgive myself. Nothing I say or do will ever bring her back. I am very, very sorry… It shouldn’t have ever happened,” she said in a statement through her lawyer.

Her lawyer said her client had suffered years of abuse in the Saskatchewan care system and had gone to police to report abuse by foster parents a month before the killing.

“Honour your friend by becoming a positive member of the community,” Judge Marilyn Gray told her, according to the Saskatoon Starphoenix. “You owe it to her.”

Before Antoine was sentenced, Gargol’s aunt gave a victim impact statement to the court.

“Most days we can’t stop thinking about Brittney, what happened that night, what she must have felt fighting for her life,” Jennifer Gargol said.

Outside court, her uncle Al Gargol said she was “a wonderful young person that didn’t deserve this and we truly miss her every day”, the Saskatoon Starphoenix said.

TPP deal moves forward without US