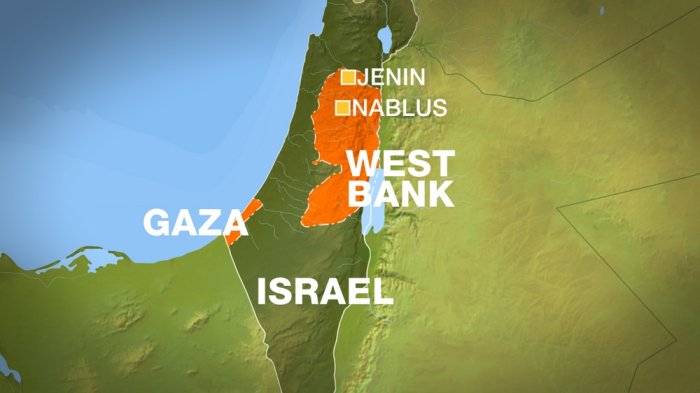 A Palestinian man has been killed during a 10-hour military operation by the Israeli army near the occupied West Bank town of Jenin.

Another Palestinian and two Israeli soldiers were also injured in Thursday’s incident, which took place in the village of Wadi Burqin before dawn.

Local media and Israeli sources had initially reported the man killed was 22-year-old Ahmad Nasr Jarrar. However, the Palestinian ministry of health later said it was his cousin Ahmad Ismail Jarrar, 31, who was shot dead.

Israeli forces encircled the home of Ismail Jarrar based on intelligence information that he and several others in the house had participated in the killing of an Israeli settler last week.

“What Palestinians here are asking themselves is whether this was a case of mistaken identity, or whether it was simply bad intelligence on behalf of the Israelis,” he said. “The Israelis haven’t said who or what intelligence they were using to act upon in this particular raid.”

According to Wafa, the official Palestinian news agency, Jarrar used an automatic weapon to fire at the Israeli soldiers.

The Israeli army said in a statement on Twitter that Jarrar had used a “self-manufactured weapon”.

Earlier this evening, IDF soldiers apprehended a Palestinian who opened fire using a self-manufactured weapon at a route near the village of Nabi Elias, north of Alfei Menashe. The weapon & ammunition were found on the suspect who was taken for further investigation pic.twitter.com/0oC2sWuzLF

Three homes belonging to the Jarrar family were demolished by the Israeli army. Palestinian security forces told local news agency Maan that six people were wounded in the aftermath of the demolitions, as hundreds of Palestinian men confronted Israeli forces.

Jarrar is the fifth Palestinian to be killed by Israel since the start of 2018. The other four died when Israeli forces fired live ammunition during clashes across the Israeli-occupied West Bank and the Gaza Strip.

Tensions in the region have increased in recent weeks after US President Donald Trump’s controversial decision to name Jerusalem as Israel’s capital.

Trump’s December 6 move prompted deadly protests in the occupied Palestinian territories and mass rallies in solidarity with the Palestinians across the Muslim world.

It was also met with widespread international condemnation, including by many US allies.

In a Facebook statement, Hamas spokesman Abdel Latif al-Qanou said the overnight operation in Jenin “could not have happened without information sharing and damned security coordination”.

Another Hamas official, Sami Abu Zuhri, said “the criminal role of security coordination [with Israel] will not succeed in preventing the resistance from confronting Trump’s decision and protecting Jerusalem”.