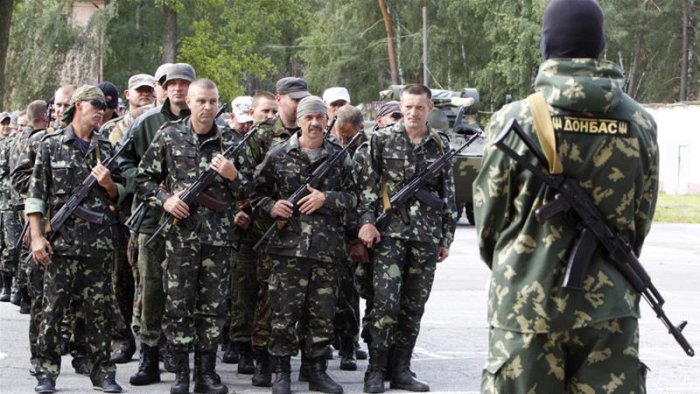 Ukraine’s far eastern region is “occupied” by Russia, the parliament announced on Thursday, as Moscow warned the declaration could reignite a new war.

Ukraine’s parliament adopted the “Donbass reintegration law” with 280 lawmakers voting in favour in the 450-seat body. The bill was submitted by Ukraine’s President Petro Poroshenko.

The law outlines the legal responsibilities of Russia after it backed separatist forces in the country’s Donetsk and Luhansk provinces, known as the Donbass region, four years ago, the Kyiv Post reported.

It declares Russia to be an “aggressor” state and that parts of the Donbass are under “temporary occupation”. The law also gives Ukrainian citizens the right to sue Moscow for damaging their property.

“We will continue to pave the way for reintegration of the occupied Ukrainian lands through political and diplomatic steps,” Poroshenko said on Twitter.

The law creates a legal framework to “remove the Russian army from Ukrainian territory” through a peacekeeping force sanctioned by the United Nations, politician Arseniy Yatseniuk said.

Russia’s foreign ministry warned the law “risked a dangerous escalation in Ukraine with unpredictable consequences for world peace and security”.

“You cannot call this anything but preparation for a new war,” a ministry statement said.

The conflict in Ukraine began in 2014 when pro-Russian separatists took over parts Donbass, the country’s eastern industrial area. Russia also annexed the Crimean peninsula from Ukraine a few months earlier.

About 10,000 people, including at least 2,000 civilians, have been killed since the fighting began, while another 1.7 million people have been forced to flee their homes.

The so-called Minsk agreements – brokered by Germany and France and signed by Russia and Ukraine in 2015 – have slowed the conflict, but sporadic fighting continues.

On Thursday, three soldiers were reported killed in the past 24 hours.

Alexander Zakharchenko, leader of Donetsk-based separatists, warned the passing of the law threatened to escalate the conflict.

Russia’s foreign ministry said the law was an attempt to “remove its responsibility for the destruction and suffering” in the region, and “to shift the blame onto Russia”.

It noted the United States in December agreed to provide Ukraine with weapons, a decision that prompted a warning from Moscow that the conflict will intensify.