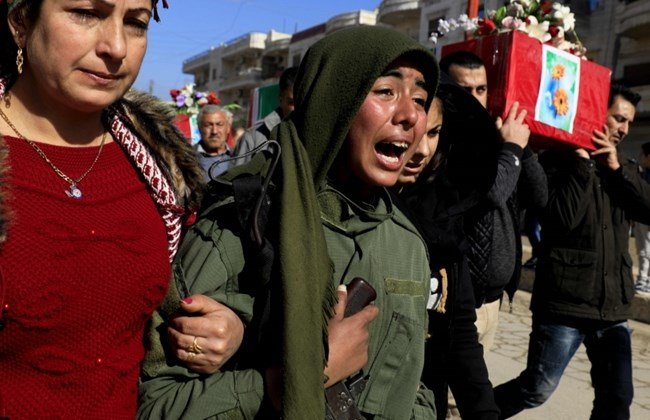 Turkish authorities Tuesday detained senior members of a medical association who have spoken out against Ankara’s military offensive in a Syrian Kurdish enclave, the country’s state-run media reported.

Rasit Tukel, the chief of the Turkish Medical Association, and seven other association members were detained in police operations in Ankara and other cities for breach of Turkey’s anti-terror laws, Anadolu Agency reported. It said prosecutors had issued warrants for 11 members of the association.

President Recep Tayyip Erdogan has accused the members of the association of betrayal and of being “terrorist lovers” after their organization warned of humanitarian costs of the operation into the enclave of Afrin, launched on Jan. 20.

Turkey considers the Syrian Kurdish People’s Protection Units, or YPG, which it is fighting in Syria an extension of the outlawed Kurdish rebels inside Turkey.

The Paris-based media watchdog Reporters Without Borders has slammed the detentions as the Turkish government’s “witch hunt against critics.”

The Syrian Observatory for Human Rights says the operation has so far claimed the lives of 61 civilians in Afrin, three in Turkish towns along the border and five Turkish soldiers.