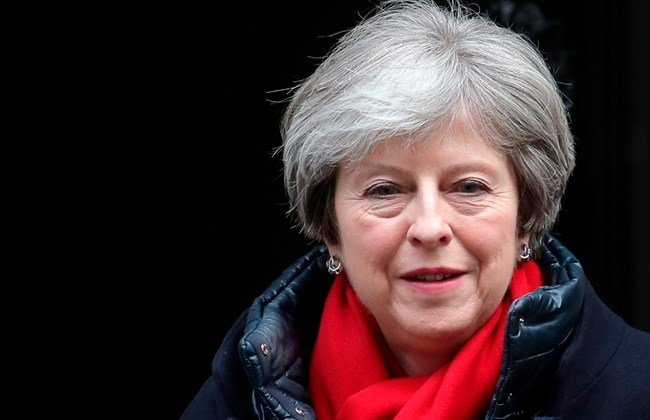 Senior EU figures have told Reuters Britain will not be ready to make a full break from the European Union by the end of 2020 as Brexit transition plans foresee and the bloc is bracing for a much longer goodbye.

The British government may be thinking on similar lines.

Several diplomats and Brussels officials familiar with the discussions said a host of unresolved issues, including the Irish border, and British in-fighting over what kind of future trade relationship to ask for left many convinced the transition will end up being longer.

Two senior EU officials said British negotiators appeared to be sounding out other governments’ attitudes to an extension to the 21-month transition currently on offer, although others said they believed British Prime Minister Theresa May still aims to have a free trade deal negotiated to start in January 2021.

May has publicly denied looking for extra time. The EU says it is willing to be “flexible,” though France and other EU governments have been clear they oppose Britain staying in the half-way house for years, fearing the arrangement would become permanent and a basis for a messy, long-term compromise.

As formal talks on the transition got under way in Brussels this week, EU diplomats said any extension would be agreed only after Britain formally leaves in March 2019, so that London would remain under pressure to conclude a trade deal or face its economy going off a “cliff edge” from 2021.

“Nobody believes in transition until the end of 2020,” one person said. “But we don’t want to propose an extension straight away – that is a leverage we have over London in the talks.”

They acknowledge May cannot say she might prolong a transition which, by binding London to EU rules and budgets without having a say on them, is deeply unpopular with Brexit supporters: “To ask for an extension now would be to upset the Brexiteers who want out swiftly and at any cost.”

Michel Barnier, the EU chief negotiator who will brief the media on Friday on the outcome of this week’s talks, has said he believes Britain can negotiate a free trade deal in under three years. EU and British officials note that while an EU deal with, say, South Korea took seven years, Britain has regulations in line with the EU now, substantially cutting the need for change.

Concluding a transition deal by March was supposed to be an easy part of Brexit negotiations after months spent last year cajoling London into committing to pay tens of billions of euros in outstanding commitments to Brussels and hammering out a deal to give lifetime rights to 3 million EU citizens in Britain.

However, after talking with May and Brexit Secretary David Davis in London Monday, Barnier told EU envoys that a number of issues were proving difficult. People briefed by Barnier said these included London’s rejection of giving lifetime rights to EU citizens who arrive after Brexit and until the end of 2020, its demand to avoid new EU laws it dislikes, more say on fishing quotas and opposition to a penalty mechanism to restrict single market access.

If the transition deal is not in place by a March 22-23 EU summit, that could delay the expected April start of talks on the future trade deal. And among the thorniest issues in efforts to agree an outline trade vision this year will be settling how trade can remain “frictionless” on the Irish land border.

The two sides agreed a fudge in December that promised to keep regulations the same in Northern Ireland as in EU-member Ireland, as well as between Northern Ireland and the British mainland while giving Britain a right to diverge from the EU.

“We don’t see a way to square this circle, there is no solution. We are pushing Britain to propose legal text on that but they don’t want to engage, which shows how big a problem politically it is for London,” one EU diplomat said.

British negotiators are due to update Barnier on their vision for London’s future ties with the EU in Brussels Friday, but there is little hope they would offer the clarity the bloc has been demanding for weeks now.

Should no new message arrive from London, Barnier is due to present EU states later this month with a legal text on Britain’s withdrawal, which would include the EU’s current plan of offering London a broad free-trade agreement but not a bespoke and creative special solution May has been urging.

Pope Benedict 5 years on: weaker, but ‘on a pilgrimage home’