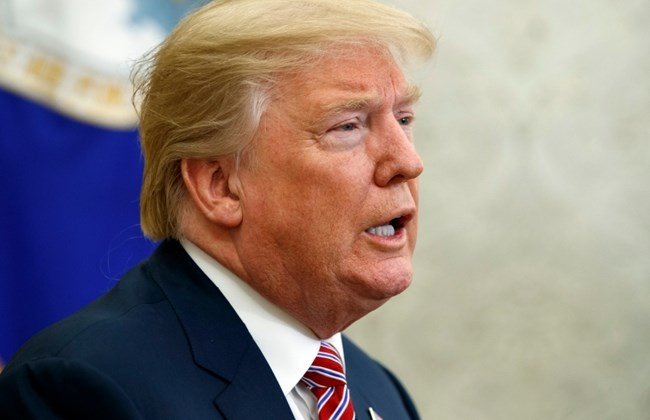 The White House insisted Sunday that Donald Trump was “shocked and disturbed” by allegations of domestic abuse that led two staffers to resign, after the president faced flak for saying lives were being ruined by possibly false claims.

Kellyanne Conway, a senior advisor to Trump, said the president pushed the two staffers out the moment he saw credible evidence against them.

“I think the president, like the rest of us, were shocked and disturbed by the allegations,” Conway said on ABC’s “This Week.”

She said the job of White House chief of staff John Kelly was not in jeopardy over his handling of the matter. Critics have accused him of badly mishandling the situation and possibly even exposing one of the ousted aides to the risk of blackmail.

Asked by CNN’s Jake Tapper about Trump’s tweet on Saturday that lives were being “destroyed” by allegations that are sometimes false, Conway said there was “no reason not to believe the women,” who gave evidence to the FBI under the threat of perjury.

Trump made no mention of the ex-wives of the two former staffers, or of the alleged abuse.

But Conway said the president is “a man who shows great compassion and understanding for women.”

Several women have accused Trump of sexual misconduct before he assumed office, claims which he dismisses as lies.

Conway said the president retained full faith in Kelly despite reports that he had offered to resign. She denied reports that Trump might be considering her as a replacement.

“I have spoken to the president last night, and he wants everyone to know he has full confidence in John Kelly and he’s not looking for replacements,” Conway said on ABC.

White House speechwriter David Sorensen resigned Friday, even while denying his former wife’s claims of abuse, and staff secretary Rob Porter, a close Kelly aide, stepped down Wednesday after abuse allegations from two ex-wives became public that he too denied.

Trump initially defended Porter, who Kelly praised as a “man of true integrity and honor.”

While several reports say the FBI was told of allegations against Porter last year – and that Kelly had long known of them – Conway said Trump found out only along with other Americans.

“The president tells me he learned when the rest of us did,” she said, “the pictures, the police reports, the information provided to the FBI, we’re all trying to process that.”

White House legislative director Marc Short was asked whether Trump had personally waived Porter’s interim security clearance, as the FBI made further checks on his background, to allow him to handle the highly classified documents that flow to the president’s desk.

But Representative Sean Patrick Maloney, a Democrat who held the same White House job as Porter under former president Bill Clinton, said on ABC that there was “no way” Kelly did not know about the allegations long ago and that Porter should never have been cleared to handle top-secret documents.

“He’s up to his neck in it,” Maloney said of Kelly, “and he chose not to deal with it.”

Maloney said the FBI rigorously vets applicants for security clearances and that Porter should have been stopped.

“This guy is never going to get a national security clearance, and yet every day he is reading our nation’s top secrets and could have been blackmailed,” he said.

White House budget director Mick Mulvaney – who also denied being considered as a replacement for Kelly – said Trump was naturally inclined to give someone he had worked with “the benefit of the doubt.”

Three shot near U.S. National Security Agency, one in custody