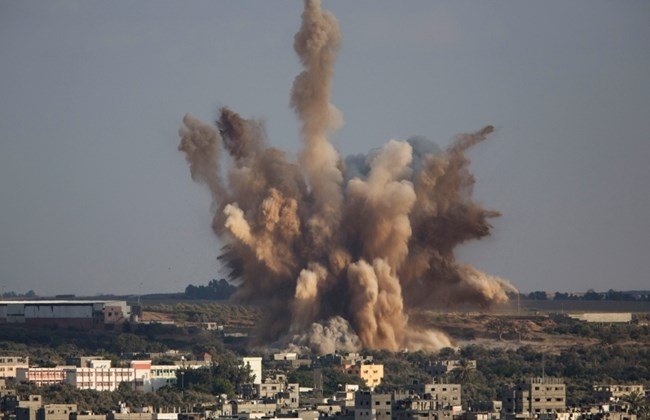 The United Nations’ Mideast envoy briefed the Security Council behind closed doors Wednesday at the request of Kuwait and Bolivia on what Palestinian Ambassador Riyad Mansour called the “catastrophic” humanitarian situation in the Gaza Strip.

Llorentty Soliz said he highlighted that the situation in Gaza has been worsened by the U.S. suspension of millions of dollars in funding for the U.N. agency for Palestinian refugees.

The U.N. Relief and Works Agency for Palestinian Refugees, known as UNRWA, was notified Jan. 16 that the U.S. was withholding $65 million of a planned $125 million installment. The U.S. demanded a “fundamental re-examination” of the agency in addition to changes to its programs, which have been heavily criticized by Israel.

Llorentty Soliz said he told the council the primary responsibility for “the catastrophic situation in Gaza” rests with Israel.

Hamas “has been holding the people of Gaza hostage in pursuit of its own nefarious goals, ignoring their most basic needs. Hundreds of millions of dollars in international aid that should go directly towards humanitarian purposes have been misappropriated towards terror,” Danon said in a statement to AP.

Mansour said Palestinian President Mahmoud Abbas will address the Security Council on Feb. 20 on the situation of all Palestinians and will ask members to implement U.N. resolutions “to end the occupation that started in 1967, to allow for the independence of the state of Palestine, and therefore to save the two-state solution.”

Since the mid-1990s, several U.S.-mediated rounds of Israeli-Palestinian negotiations on setting up a Palestinian state alongside Israel have ended in failure.

Gaps in positions only widened in the past decade as Israeli settlement expansion continued and the Palestinians failed to end a crippling political split between Hamas and Abbas’ internationally backed self-rule government in parts of the West Bank.

Danon said: “Instead of coming to the Security Council with the intent to incite against Israel, chairman Abbas should instead focus on disarming Hamas and putting an end to its regime of terror.”