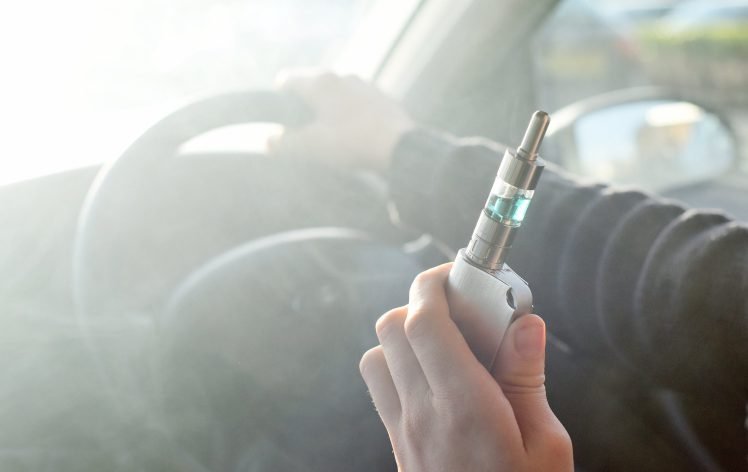 That’s the message from a British senior police officers who have warned drivers they could be prosecuted and even lose their license if they are caught.

While using an e-cigarette behind the wheel is not illegal, breathing thick clouds of vapor into your car can obscure your vision.

Police may decide the act is potentially dangerous, and drivers could be prosecuted for driving without due care and attention.

Penalties for the charge include a ban from the roads, points on license, or a fine of up to £2,500.

Officers have warned that e-cigarettes may momentarily blind drivers – which could be long enough to cause a serious crash.

Sergeant Carl Knapp of the Sussex Roads Policing Unit said: ‘The smoke caused by vapes are a distraction and the consequences of them can be dire, all it takes is a moment to become distracted and potentially cause a crash and even worse, a fatality.

‘There are no laws prohibiting vaping, however, you need to be in full and proper control of your vehicle at all times.

‘If you are going to vape I advise that you open your windows and blow the vapor directly out, just ensure that you are in full control of your vehicle before doing so.’

His comments were echoed by Sergeant John Davis of Surrey Police.

He said: ‘Any person who is distracted in any way could be guilty of an offense – whether that be smoking, vaping or eating.

‘With regards a scenario where someone could potentially be either distracted or have reduced visibility then there is potential for a crash.’