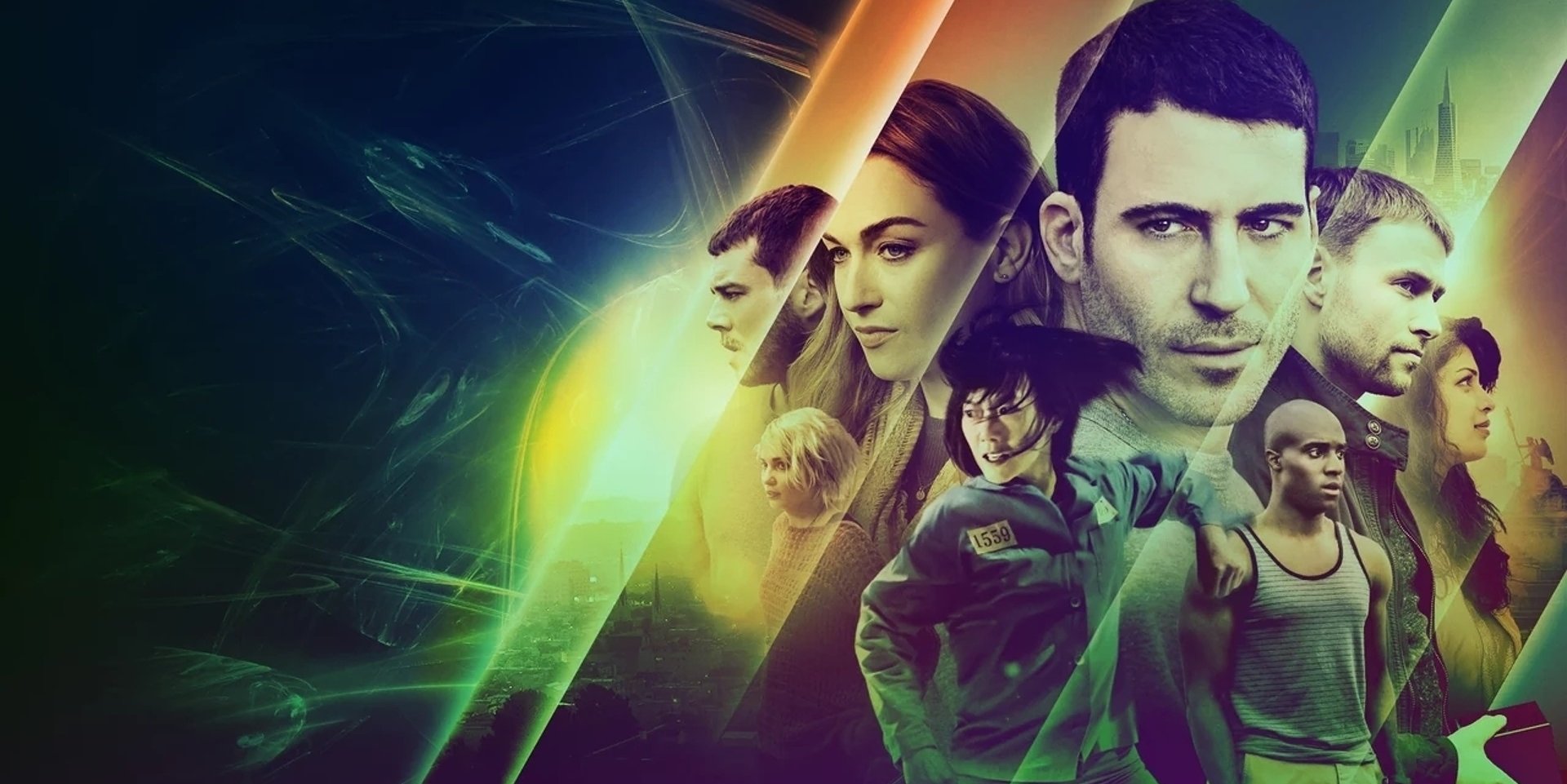 There’s no good way to talk about the two-and-a-half-hour series finale of Netflix’s Sense8 (perhaps best described as “endlessly generous, endlessly empathetic, and endlessly wackadoo”) without talking about its last 10 minutes or so, the final images with which co-creator Lana Wachowski (who co-wrote and directed the finale) wants to leave viewers thinking about her creation.

So I’m about to spoil them, heavily, though something tells me if you’re reading an article about the Sense8 series finale, you’ve probably already seen it and don’t mind spoilers. But if you haven’t and you plan to and you don’t want to be spoiled, now’s your last chance to turn away.

Sense8 involves eight people who have a sort of shared consciousness, which allows them to help each other out of jams and form fast bonds and lasting friendships. In a very real sense, all eight of these people are each other, in a way that ignores gender or race or other societal constructs that divide people into neat categories.

The central theme of the Wachowskis’ work is a kind of radical empathy — if you found yourself frustrated with how the Matrix sequels devolved into a bunch of philosophizing about the nature of consciousness and the self, well, the sisters had good intentions. It’s what fuels my favorite of their films (2012’s Cloud Atlas), and it’s pivotal to Sense8, a very good show that deserved better than Netflix shoveling it onto its service in 2015 with a befuddled, “Maybe you want to watch this?”

The final sequence leaves viewers with the idea that love might save the world. Is that beautiful or naive?

As the show continues its journey through the vast range of human sexualities, the bodies within the central throng multiply. It becomes a mass of naked bodies, giving and receiving pleasure, a sort of Platonic ideal of the Wachowskis’ view of humanity’s potential to do more than kill each other. (Here I should note that while Lilly Wachowski is a co-creator of Sense8, she was not involved in the finale.)

It’s not as if Lana Wachowski is a slouch at depicting humans’ endless ability to find new ways to kill each other. (Even though the budget for the series finale seems smaller than the show’s previous seasons. The finale filmed in several European cities, but it doesn’t hop all over the globe like the previous two seasons.) Wachowski imbues the various chases and daring rescues and gun battles with all the brio she’s always brought to big action sequences. Few directors can make a small-scale foot chase feel as momentous as a massive car chase involving dozens of vehicles, but Wachowski, bless her, can.

But killing, or even nonlethal violence, isn’t what Wachowski (or her finale co-writers, the novelists David Mitchell and Aleksandar Hemon — everything about this show is a goddamn trip) wants to leave viewers with. When one gunfight ends with a member of the central cluster battling for her life (and, entertainingly, using her sensate ability to mentally talk another member of the cluster through saving her physical body), the finale leaves behind violence and tacks hard toward love. The heroes’ lives are saved, and sensate Nomi marries her girlfriend Amanita in Paris, because this show lovingly bathes in the idea of queering old Hollywood cliché. And then everybody retreats to their rooms for a little sexytime, leading to the orgiastic conclusion.

To be sure, there will always be viewers who maybe thrill to the action sequences in Sense8 but find its empathy-centric, “all you need is love” view of the universe hopelessly idealistic or naive. Maybe they’re right. Maybe the world is so rotten that the only answer is to get people to love each other through shows of force.

I’ve long thought Sense8 is one of the best shows about what it’s like to be on the internet, to read the Twitter feed or Tumblr of some person with a vastly different life experience from you on the other side of the planet and realize that, hey, you’re not really that different. You have the same hopes and fears and desires, and you can maybe connect on that level. But recent events have made the idea that the internet can help promote radical empathy, rather than increase our divisions, feel less palpable to me than it did when the series debuted in 2015.

But none of that is the fault of Wachowski or anyone involved in Sense8. The finale, truth be told, gets a little stuck in place when it tries frantically to pull in everything the series’ creators wanted to do with future seasons of the show into about a half-hour of screen time. There’s literally a scene where a new character asks if the various sensates want some questions answered, and then all involved offer up an info dump explaining some of the series’ various mysteries.

These sequences also offer the show’s best attempt to think about how a philosophy of radical empathy could find empathy in those who would sow dissension and destruction, while utterly rejecting their philosophies. The series somewhat clumsily turns central villain Whispers into a stand-in for all dark and fascist ideologies, but it never loses sight of his sad loneliness, or how he’s visited that upon everybody around him.

If the vanquishing of Whispers and BPO, the faceless, horrible organization he represents, were the end of the series, however, it would suggest that all we need to do to heal the world is beat back this one incarnation of divisiveness. But we know that’s not true. Evil is a shared consciousness of its own, one any of us can tap into in moments of rage or frustration.

By ending as it does, Sense8 suggests that the best way to heal the world isn’t to beat any one bad guy, any one awful ideology, but, rather, to find better ways to care for each other, to love each other, and, yes, to make each other feel really good.

US celebrity chef and TV host Anthony Bourdain dead at 61