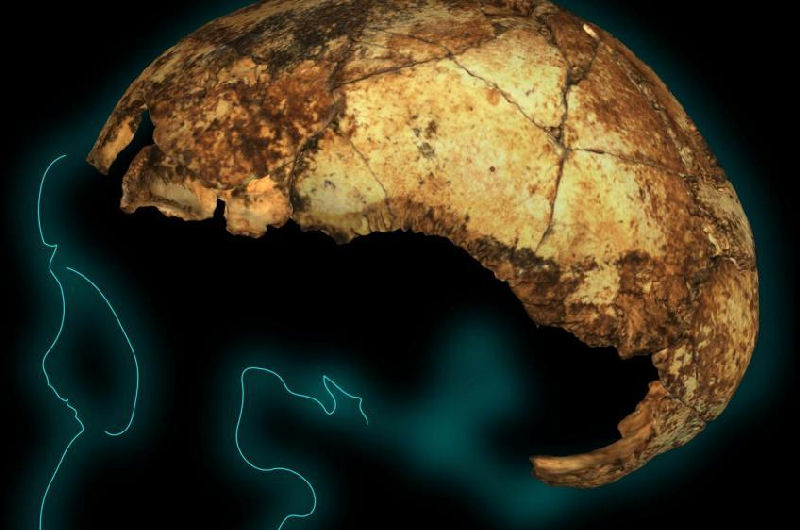 Paleontologists have unearthed the oldest fossil belonging to the hominin species Homo erectus.

The 2 million-year-old fossil skull, excavated over a five-year period in South Africa, suggests the early human relative emerged between 100,000 and 200,000 years earlier than previously thought.

Scientists described the discovery in a new paper published this week in the journal Science.

“The Homo erectus skull we found, likely aged between 2 and 3 years old when it died, shows its brain was only slightly smaller than other examples of adult Homo erectus,” lead study author Andy Herries, research professor and head o the the archaeology and history department at the La Trobe University in Australia, said in a news release.

“Unlike the situation today, where we are the only human species, 2 million years ago our direct ancestor was not alone,” Herries said.

Because the skull predates fossils from other Homo erectus both inside and outside of Africa, scientists suggest the discovery proves Homo erectus emerged and evolved in Africa — not Asia, as has been previously been suggested.

“Our discovery suggests, though, that Homo erectus likely did not evolve in eastern Africa as so often thought but perhaps somewhere else in Africa, or potentially in South Africa itself,” researchers wrote in The Conversation. “More evidence is needed before firm conclusions can be reached, of course.”

The dig site that produced the ancient skull, the Drimolen Fossil Hominin site located northeast of Johannesburg, has yielded a variety of significant hominin fossils. Analysis of additional fossils by an international team of scientists is ongoing.

The ongoing research suggests southern Africa presented hominins a variety of challenges, which may explain why each of the three hominin species living in the region evolved very different adaptations.

The remains recovered from the Drimolen Fossil Hominin site offer a snapshot of the complex experimentation that defined early human evolution. Some of those early experiments were more successful than others.

“One of the questions that interests us is what role changing habitats, resources, and the unique biological adaptations of early Homo erectus may have played in the eventual extinction of Australopithecus sediba in South Africa,” said study co-author Justin Adams, researcher at Monash University’s Biomedicine Discovery Institute.

“Similar trends are also seen in other mammal species at this time. For example, there are more than one species of false sabre tooth cat, Dinofelis, at the site — one of which became extinct after two million years,” Adams said. “Our data reinforces the fact that South Africa represented a truly unique mixture of evolutionary lineages — a blended community of ancient and modern mammal species that was transitioning as climates and ecosystems changed.”

Closest Black Hole to Earth: Tip of the Iceberg?