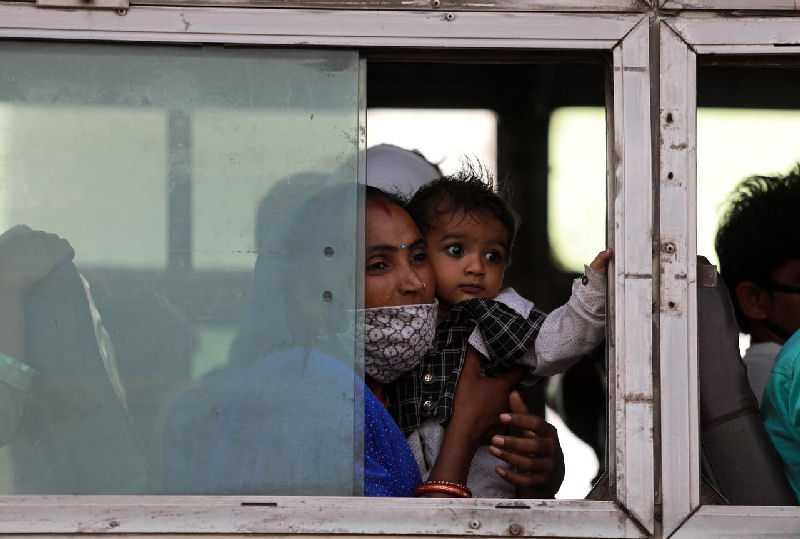 India will run more special trains and buses to allow millions of distressed migrant workers to leave big cities, the federal government said on Tuesday, as concerns grew in some states over rising infections from those returning home.

Workers are walking long distances to their homes in the countryside ever since Prime Minister Narendra Modi imposed a vast lockdown in March to control the spread of coronavirus, shutting down all public transport.

After initially trying to keep them in their cities of employment, authorities are now helping them get home.

The federal home ministry said it was working with states to run special trains and buses, and set up rest stops for those on foot.

The move came as India’s confirmed cases surged past 100,000 on Tuesday, outstripping China, where the virus emerged late last year.

The concern is that migrants, who are leaving coronavirus hotspots such as Mumbai, New Delhi and Ahmedabad, could be carrying the virus into the hinterland.

Since early May, around 70% of all coronavirus cases in the densely populated eastern state of Bihar have been linked to migrant workers, the state’s top health official, Sanjay Kumar, said.

“The top priority is the people who are coming from Delhi because they have the highest percentage of positive cases,” Kumar told Reuters.

In Odisha, also in the east, 851 out of 978 confirmed cases till Tuesday were returnees, mostly migrant workers, according to state data.

In the state’s Ganjam district, more than 53,000 migrants have been screened and quarantined since early March, and another 200,000 are expected later this month, a health official said.