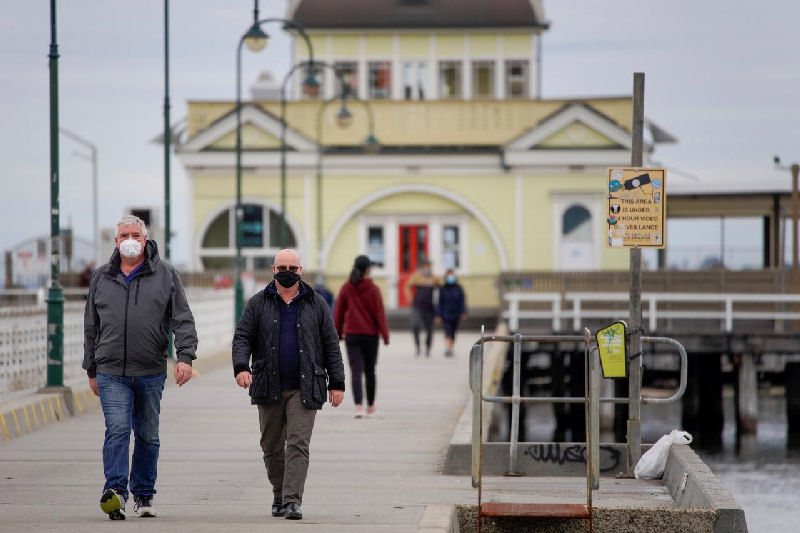 Australia’s Victoria state recorded an increase in new coronavirus cases on Saturday as officials laid out new directives to protect people in retirement homes and help contain a second wave of infections.

Victoria, Australia’s second most populous state, recorded 357 new cases overnight, and five deaths, up from 300 on Friday when it saw its highest ever death toll of 7, but lower than Wednesday’s record daily increase of 483 cases, state officials said.

Australia has escaped the high coronavirus casualty numbers of other countries, with 13,950 infections and 145 deaths as of Saturday, but recent flare-ups in its two most populous states have raised alarm.

A cluster of infections in Melbourne, Victoria’s largest city, prompted the government to impose a six-week partial lockdown and make masks mandatory for its residents, or risk a A$200 ($143) fine.

Victoria has introduced visitor limits at nursing homes, along with compulsory protective gear for staff, and will undertake a program of asymptomatic testing, he said.

“We’ve always known that aged care is a very challenging setting. If you get community transmission and then you have chains of transmission that are driven by staff, then you will see outbreaks,” Andrews said.

“That’s exactly the challenge we are facing at the moment.”

Victoria has also been grappling with clusters at workplaces for essential services such as health care and food distribution, which officials said would stay open even if a stricter lockdown was ordered.

“Masks will be important. It’s the small things, and adding them all together that is what will really put pressure on those numbers and drive them down,” Andrews said.

Despite the lockdown, Victoria is not likely to see a substantial fall in new cases for weeks, its top health official said.

“There is no magic bullet here, and there is nothing that will all of a sudden see numbers hit a zero in the next couple of weeks,” Chief Health Officer Brett Sutton told reporters.

“When you have got outbreaks that are really difficult to manage, those will have ongoing cases for some time yet.”

In the most populous state of New South Wales, new cases rose to 15 from 7 the previous day and three schools were closed for a deep clean after four students tested positive.

Masks are not compulsory in the state, but supermarket chain Woolworths has asked customers in hot spot areas to mask up.

Still, there have been more successful mitigation efforts elsewhere.

The island state of Tasmania will next month begin accepting tourists from other states that have seen significant periods with no new cases, officials said on Friday.

Norway to restrict travel from Spain, opens more to Sweden