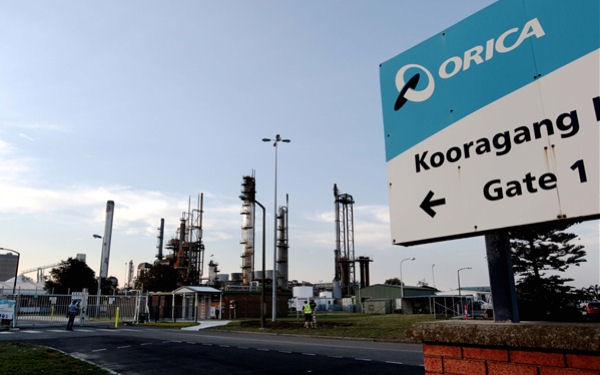 Some Australian residents of the city of Newcastle, 163 km (101 miles) north of Sydney, have called for a large ammonium nitrate plant, stockpiling up to four times the amount reportedly detonated in Lebanon, to be relocated.

Lebanese authorities have blamed a huge stockpile of the highly explosive material stored for years in unsafe conditions at Beirut’s port for Tuesday’s explosion, which killed at least 145 people and injured more than 5,000.

It is estimated about 2,750 tonnes of ammonium nitrate were involved in the explosion.

By comparison, Australia’s Orica stores between 6,000 to 12,000 tonnes of ammonium nitrate (AN), on average, at its Kooragang Island plant in the port of Newcastle, the company said in a statement.

The stockpile has led resident groups to campaign for the plant to be relocated, according to several local media reports.

“It’s a totally inappropriate place to have such a dangerous material produced and stored, and it’s something we’ve been complaining about for many, many years,” chemical engineer and community campaigner Keith Craig told the Australian Broadcasting Corp (ABC).

He is one of 300 residents in the Stockton Community Action Group campaigning for the Orica plant to be relocated, or its stockpiles to be significantly reduced, the ABC reported.

In a statement, Orica said it followed all international standards and local regulations to ensure safety at every stage of the manufacturing supply chain.

“…we take a rigorous, best-practice approach towards safety in the production, storage and transport of all our products.”

“You have to be extremely negligent with AN for it to explode,” it said. It said video footage of the Beirut explosion suggested fireworks had been stored close by. Some reports say a welder started a fire.

“This cannot be compared to the responsible and heavily regulated production, storage and transport of AN by Orica and others in Australia,” Orica said.