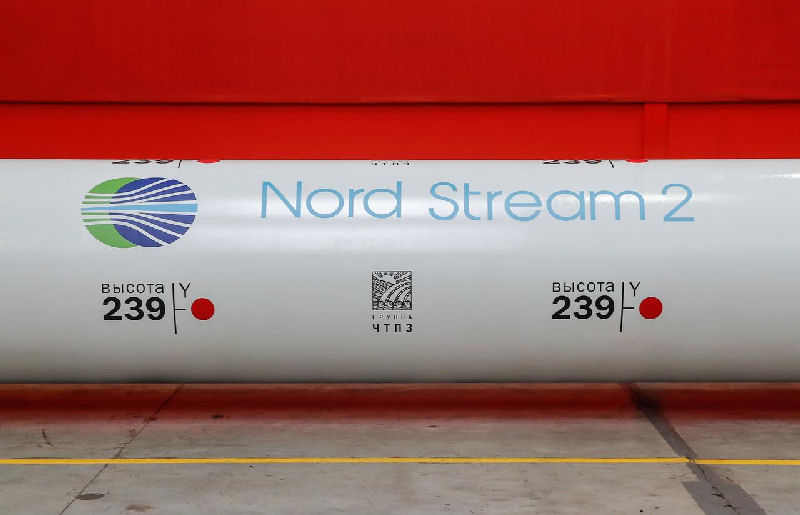 Chancellor Angela Merkel does not rule out imposing sanctions on a pipeline set to bring Russian gas to Germany in response to the suspected poisoning of a Kremlin critic with a Soviet-style nerve agent, her chief spokesman said on Monday.

Merkel is under mounting pressure from members of her conservative party to suspend the Nord Stream 2 pipeline, a huge project to double Russian gas exports to Germany that is more than 90% complete and due to start operating from early 2021.

German Foreign Minister Heiko Maas said in remarks published on Sunday that Russia must help clear up the circumstances around the poisoning of Alexei Navalny or face the possibility of Germany withdrawing its support for Nord Stream 2.

Asked on Monday if Merkel agreed with Maas, who is from her junior coalition partner the Social Democrats (SPD), on the pipeline, her spokesman Steffen Seibert said: “The chancellor shares the remarks made by the foreign minister.”

It was the clearest indication yet that Merkel could take action against the pipeline, which she has previously supported.

However, Seibert also said it was too early to decide on whether to impose sanctions against Russia over the poisoning.

Navalny, a critic of President Vladimir Putin, was airlifted to Germany for hospital treatment after falling ill on a Russian domestic flight last month. Germany says he was poisoned with a Novichok nerve agent similar to the one used in an attempt to kill a former Russian spy in England two years ago.

Moscow says it has seen no evidence that he was poisoned.

It may prove difficult to halt the Nord Stream 2 project, which is led by Russia’s Gazprom with Western partners, so late in the day.

The project has split the European Union, with some member states such as Poland saying it will increase the bloc’s energy reliance on Russia and undermine Ukraine as a transit state for Russian gas pipelines to Europe.

The United States, which is keen to increase liquefied natural gas (LNG) sales to Europe, also opposes the pipeline and has targeted some companies involved in it with sanctions.