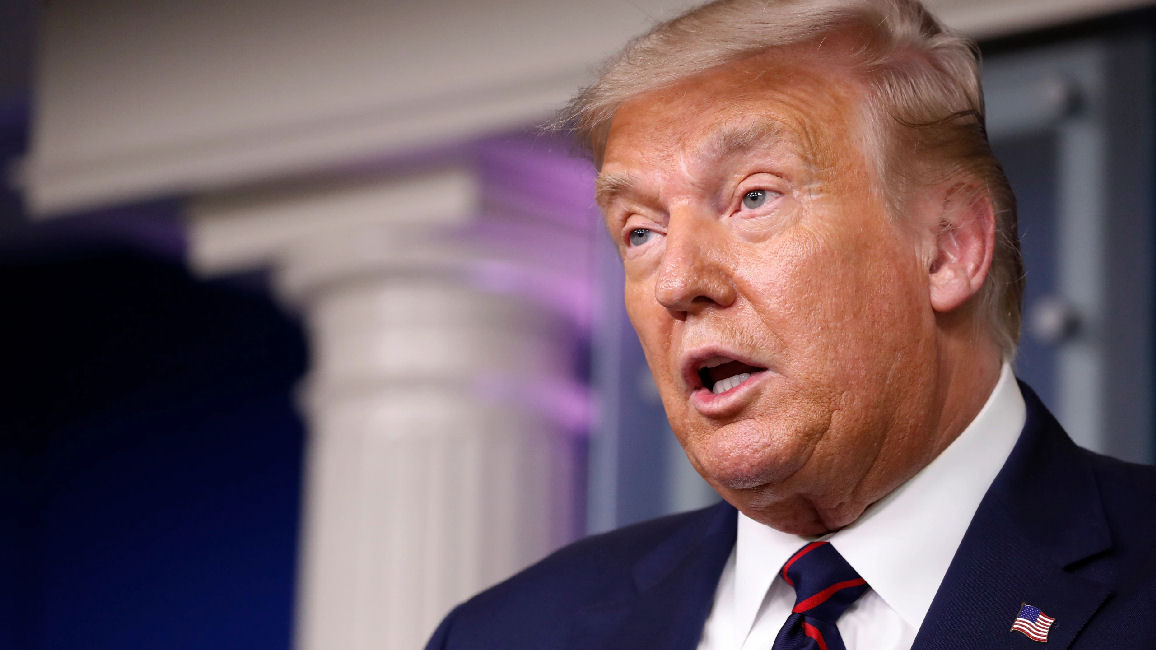 President Donald Trump headed to the battleground states of North Carolina and Florida on Thursday amid outrage over his refusal to commit to a peaceful transfer of power following the Nov. 3 U.S. election and two days before he will announce his pick to fill a Supreme Court vacancy.

Trump’s refusal to embrace a core tenet of U.S. democracy, coupled with his unfounded claims that a surge in voting by mail will lead to a “rigged” election, have Democrats increasingly worried that he will seek to undermine the results of the contest between him and Democratic challenger Joe Biden.

U.S. Senate Republican Leader Mitch McConnell and some other Republicans distanced themselves from the Republican president’s remarks on Wednesday, when he said he would “see what happens” before accepting the outcome.

“The winner of the November 3rd election will be inaugurated on January 20th,” McConnell wrote on Twitter on Thursday. “There will be an orderly transition just as there has been every four years since 1792.”

Biden, who has no public events scheduled for Thursday, told reporters in Delaware on Wednesday that Trump’s comments on the transition of power were “irrational.” Senator Bernie Sanders, who ran for the Democratic presidential nomination, will give a speech on Thursday in response to Trump’s remarks.

Trump was scheduled to speak about healthcare in Charlotte, North Carolina, before holding a rally in Jacksonville, Florida.

New Reuters/Ipsos polls show the presidential race in the two states to be a dead heat, with each candidate drawing 47% of likely voters in both cases.

Florida, with its 29 electoral votes, is central to Trump’s re-election strategy. Trump, a Republican, won the state in 2016 over Democrat Hillary Clinton by just over 1 percentage point.

He has worked diligently to ramp up support among Florida’s Hispanic community, particularly Cuban Americans in South Florida. On Wednesday, his administration slapped new restrictions on trade with Cuba, banning U.S. citizens from bringing home rum or cigars from the Communist-run island and from staying at Cuban government-owned hotels.

Some Florida Republicans have pushed for Trump to choose Barbara Lagoa, a Cuban-American judge on the Atlanta-based 11th U.S. Circuit Court of Appeals, as his Supreme Court nominee, believing the move would bolster his prospects in the state.

Trump has yet to meet with Lagoa.

“I don’t have a meeting planned, but she is on my list,” he told a news conference on Wednesday.

Trump met with the leading candidate, Amy Coney Barrett, a judge on the 7th U.S. Circuit Court of Appeals, earlier this week at the White House.

He has said he will announce on Saturday his choice to replace liberal Justice Ruth Bader Ginsburg, whose death last week touched off what is expected to be a furious partisan confirmation battle in the U.S. Senate.