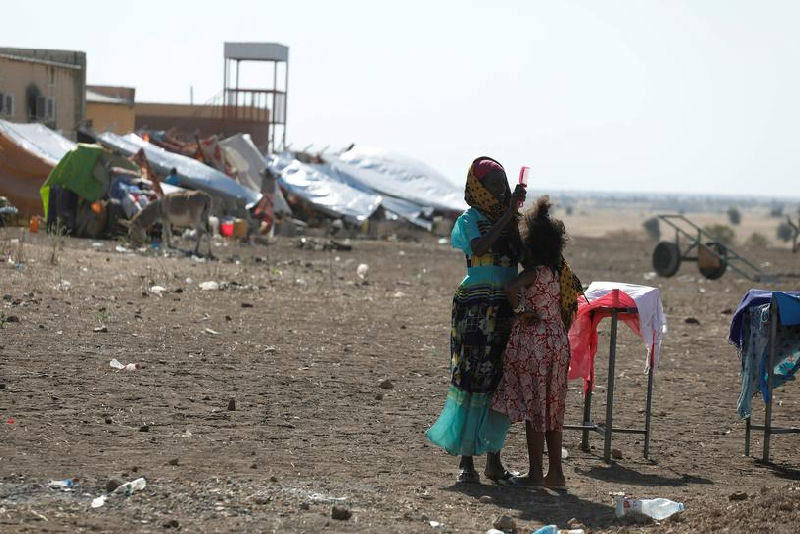 Ethiopia said it had captured or killed most commanders of a rebellious northern force, while Tigray’s fugitive local leader countered on Friday that civilians were protesting against looting by occupying soldiers.

Neither side gave proof for their assertions about the month-long war in the mountainous region bordering Eritrea, where phone communications have been down and access severely restricted both for media and aid workers.

A senior European official chided the Ethiopian government over an agreement to allow access for humanitarian aid to Tigray, saying it only covered federal-controlled areas and had onerous bureaucratic requirements.

“There may be malnourished children on the other side also,” EU crisis commissioner Janez Lenarcic told reporters in Ethiopia. The government did not immediately respond to his comments.

Thousands of people are believed to have died while more than 46,000 refugees have crossed to neighbouring Sudan.

TPLF leaders, who enjoy strong popular support in Tigray, appear to have fled to surrounding mountains and say they have begun a guerrilla-style resistance.

TPLF No. 1 Debretsion Gebremichael, one of the most wanted men in Ethiopia, told Reuters in a text message that there were protests in the regional capital Mekelle, which is home to 500,000 people, due to looting by Eritrean soldiers.

Thousands of people are believed to have died while more than 46,000 refugees have crossed to neighbouring Sudan.

TPLF leaders, who enjoy strong popular support in Tigray, appear to have fled to surrounding mountains and say they have begun a guerrilla-style resistance.

TPLF No. 1 Debretsion Gebremichael, one of the most wanted men in Ethiopia, told Reuters in a text message that there were protests in the regional capital Mekelle, which is home to 500,000 people, due to looting by Eritrean soldiers.

Both Ethiopia and Eritrea have denied that.

Ethiopia says the TPLF wants to internationalize the conflict as a way to force the government, which appears to hold all the major towns, into international mediation.

Debretsion, a 57-year-old former guerrilla radio operator, gave no evidence of looting or the presence of Eritreans. A diplomatic source shared a picture of a road covered in stones, which he said was sent from a resident of Mekelle, but it was unclear where or when the picture was shot.

On Wednesday, state TV showed images of people shopping and sitting on stools in Mekelle. But there have been no images of security forces interacting with residents.

Abiy’s spokeswoman Billene Seyoum said she would not comment on unverifiable text messages from the TPLF.

A senior military commander, General Tesfaye Ayalew, said “almost all of the enemy”, including former federal colonels and generals who fought on the Tigrayan side, were defeated or dead. “But the ones who made the plans and the criminals are still on the run and hiding,” he told state-affiliated Fana TV.

Debretsion called those comments a “dream”.

Relief agencies are extremely worried about lack of food, fuel, medicines and even bodybags in Tigray.

Convoys are on standby to take aid in.

The United Arab Emirates flew a cargo of supplies including medicines into the capital Addis Ababa, the World Health Organization (WHO) said.

The United Nations sounded the alarm about fighting and deaths – including of aid workers, sources told Reuters – around camps for Eritrean refugees.

Ethiopia’s government has said it will protect civilians and ensure their needs are met. Mulu Nega, appointed by Abiy as chief executive of a new Provisional Administration of Tigray, said supplies were reaching parts of west Tigray under its control.

“Our priority in the region now is to restore peace,” the 52-year-old former academic told state-run EBC.

In Sudan, refugees recounted horror stories of fleeing from Tigray along roads strewn with bodies and also spoke of Eritrean involvement. Tewodros Tesera, a surgeon from the border town of Humera, said shells had come from the Eritrean side over the Tekeze River in the early days of battles.

“The shells were falling in front of the hospital where I work,” he recalled by phone from the Hamdayet refugee camp.

“We heard ‘boom’, then 20 seconds, then whistle, then a second heavy bombing, which struck the ground and buildings. Houses, a mosque and a church were damaged.”

He began opening up a closed economy and repressive political system, won a Nobel Peace Prize for a pact with Eritrea, and took action over corruption and rights abuses.

But the trials of senior Tigrayan officials for torture, murder and corruption irked the TPLF, who said the arrests were politically motivated. Abiy’s government has also jailed thousands of citizens following bouts of violent unrest.

At least six journalists have been arrested since the Tigray conflict begun.

The TPLF accuses Abiy, their former political partner, of trying to increase personal power over Ethiopia’s 10 regions. Abiy denies that, calling them criminals who mutinied against federal authority, attacked a military base, and were wildly over-represented in government for a group that only accounts for 6% of the population.

Portugal to ease COVID-19 rules for Christmas, but not New Year