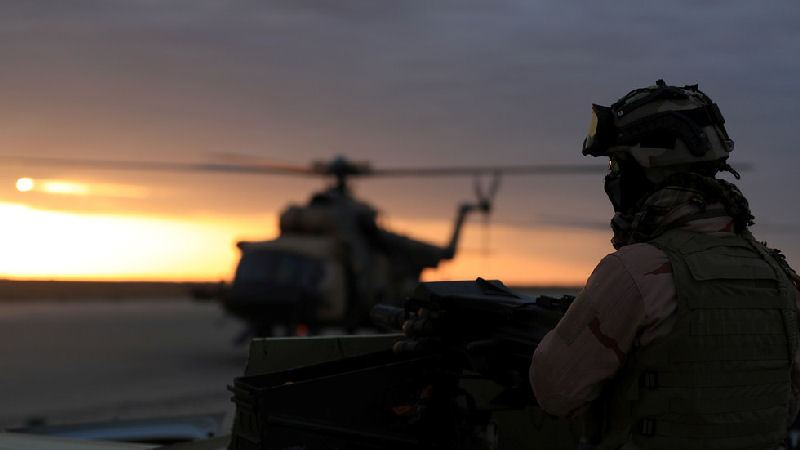 A drone attack launched against Ain al-Asad airbase in western Iraq has resulted in damages but no casualties. The facility, which is home to US and international troops, was also targeted by rockets earlier this week.

Colonel Wayne Marotto, a spokesperson for the US-led coalition, said the base was “attacked by an unmanned aerial surveillance system” on Saturday morning, adding that no injuries were reported but that a hangar inside the military facility was damaged. The incident is currently being investigated.

According to local media, there are conflicting reports about what transpired. Kurdistan24, citing sources, said the authorities were told that two drones loaded with explosives attacked the base. One of the unmanned aerial vehicles was reportedly shot down by anti-air batteries, while the second struck the military compound, the outlet said.

Other unconfirmed reports claimed that the airbase was hit by rockets after air defense systems failed to intercept them.

No one has taken responsibility for the attack yet, which comes just four days after Ain al-Asad was hit by at least two rockets on Tuesday. The Iraqi military said the strike did not result in casualties, but declined to release further details about the incident.

The base was targeted by Iranian missiles in January 2020, launched in response to the US assassination of Iranian General Qassem Soleimani. Since then, it has come under frequent attacks. In March, the US-led coalition said that the Ain al-Asad airbase had been hit by at least 10 indirect fire missiles.

Other facilities around Iraq have also been targeted in recent days. At least two rockets landed near Baghdad International Airport on May 2, but the attack did not result in any damages or casualties. A similar incident occurred at the airport at the end of April.