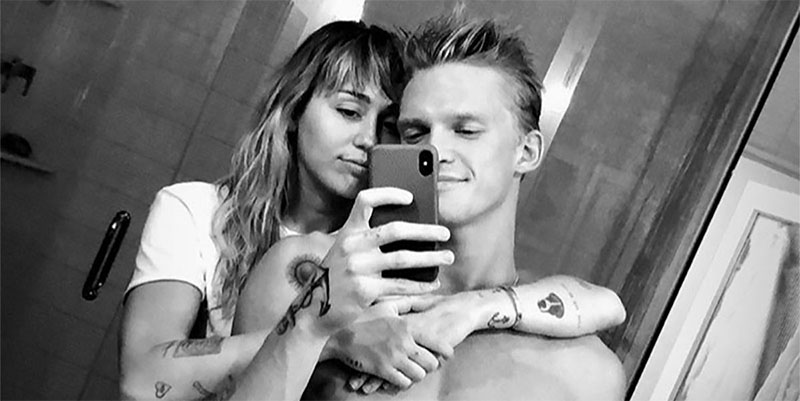 Cody Simpson is opening up about his relationship with his ex-girlfriend Miley Cyrus.

The Australian singer-turned-Olympic hopeful, 24, was asked about Cyrus, 28, during an interview with 60 Minutes Australia.

Simpson and Cyrus, who split up last year after 10 months of dating, were first romantically linked in October 2019, following her split from Hills star Kaitlynn Carter and separation from ex-husband Liam Hemsworth.

“I’d known her for a long time at that point,” Simpson said of Cyrus. “She’d kind of acted almost as like a, not as a mentor, but she was always a heightened creative person.”

“We went from kind of being good friends and just having a lot of the same friends to being together for a while,” continued the star, who is currently training to qualify for the Australian swimming team.

Speaking of their breakup, Simpson added, “Everything ended fairly amicably. It was just one of those phases I guess you go through and you learn a lot from it.”

His parents were also asked about their son’s lives, and whether they’ve fully supported all his past relationships. “Some I were,” his mom said with a laugh, without naming any names. “He had some lovely girls. We’ve had some interesting rides and dinners at different people’s places.”

In addition to Cyrus, Simpson previously dated Gigi Hadid, Lindsay Lohan’s younger sister Ali in 2018, and was rumored to be dating Kylie Jenner back in 2011.

He is currently in a relationship with model Marloes Phtevens, whom he began dating five months after his split from Cyrus.

After their breakup last year, Cyrus told fans that she and Simpson were “individually working on” themselves.

“For right now, two halves can’t make a whole,” she added, going on to note that after a decade of friendship, their paths were likely to cross again in the future.

“Don’t make it some drama story if next week we hang out and we’re getting pizza,” Cyrus said at the time. “We’ve been friends for 10 years, and we’re going to continue to be friends. Just don’t make it something that it is not.”

Morrissey announces first album since being dropped by BMG

Olivia Rodrigo’s Debut Album ‘Sour’ Opens At No. 1 The Largest Sales Week Of 2021