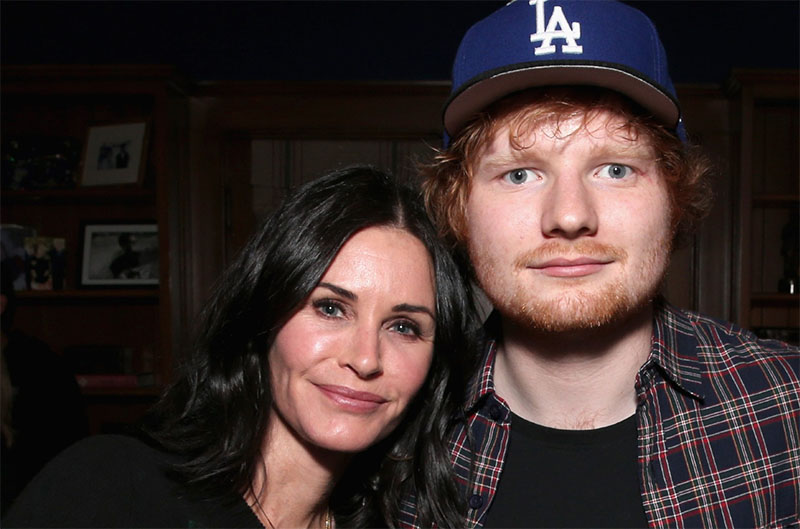 Friends: The Reunion was full of celebrity cameos — from Lady Gaga, to Cara Delevingne, to Justin Bieber — but our guy Ed wasn’t amongst them. A pity, because clearly he’s a fan, and he had a whole bit ready to go.

On Sunday, Sheeran posted a video of him and Courteney Cox to Instagram with the caption, “Had a reunion of our own this weekend.” In it, he and Cox recreate the dance that she did with David Schwimmer in the 1999 Friends episode, “The One With the Routine.” Set to that episode’s audio, they hit their marks beat for beat … except for a tumble at the end, in which they both fall over, laughing.

We get that for Cox this is probably muscle memory. But Sheeran? He must be a mega-fan. Apparently he’s such good friends with Cox that he told the Daily Mail that he crashed at her house for months one time, and he introduced her to her boyfriend, Johnny McDaid. Love that for them. It’s almost like something out of Friends.