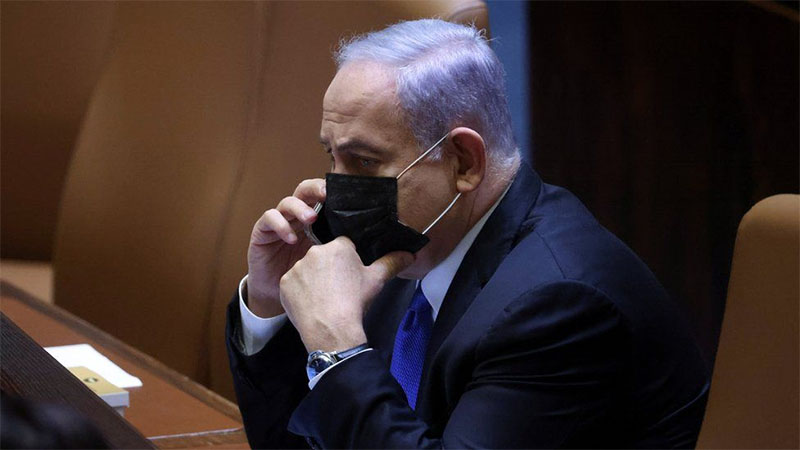 Israeli opposition leaders say they are close to agreeing to form a coalition that would end Benjamin Netanyahu’s 12-year stretch as prime minister.

The head of the centrist Yesh Atid party, Yair Lapid, reportedly hopes to be able to make an announcement soon.

He must do so before midnight (21:00 GMT) or his mandate will expire.

Under the proposed deal, the right-wing politician Naftali Bennett will be prime minister for two years before handing over power to Mr Lapid.

Mr Netanyahu and his right-wing Likud party have been searching for defectors, knowing that a new government would still face a vote of confidence in parliament before it could be sworn in.

If it fails to win the support of a majority in the 120-seat Knesset, there is a risk of the country having to go to elections for the fifth time in two years.

Party leaders from across the political spectrum worked throughout the night to finalise the deal to form what is being described as a “government of change”.

Israeli media reports suggested that they had decided on how to divide up most ministries and were focused on key committee positions.

They were unable to make an announcement before members of the Knesset met to elect the country’s next president.

In order to build a coalition with a parliamentary majority Mr Lapid, a 57-year-old former TV news anchor, must sign individual agreements with seven parties.

Yesh Atid and the centrist Blue and White party of Defence Minster Benny Gantz said they had agreed overnight “on the outlines of the government and core issues relating to the strengthening of democracy and Israeli society”.

Mr Gantz, whose national unity government with Mr Netanyahu collapsed in December after only seven months, would remain as defence minister in the new cabinet, they added.

Yes Atid has also reached deals with the left-wing Meretz and centre-left Labour parties, as well as the right-wing Yisrael Beitenu party of Avigdor Lieberman.

“The coalition negotiation team sat all night and made progress toward creating a unity government,” a spokesman for Mr Bennett said on Wednesday morning.

Raam’s leader, Mansour Abbas, told reporters on Tuesday that the negotiations appeared to be heading “in a good direction”, but added: “Until it’s finished, nothing is finished.”

Some right-wing MPs object to a partnership with politicians from Israel’s Arab minority, which makes up about 20% of the population.

There are also Arab MPs who are reluctant to back a government led by Mr Bennett, 49, a former defence minister who is a staunch supporter of Jewish settlements in the Israeli-occupied West Bank – land the Palestinians want for a future state.

The eight parties have little in common politically apart from their plan to replace Mr Netanyahu. They say he should not remain in office while standing trial on corruption charges, which he denies.

On Sunday, Mr Netanyahu urged right-wing politicians not to join what he called “a left-wing government” that would be “a danger to Israel’s security and future”.

Mr Bennett had earlier accused him of “seeking to take the whole national camp, and the whole country, with him on his personal last stand”.

The 71-year-old prime minister was given the first chance to form a government after his Likud party won the most seats in March’s inconclusive general election. However, he was unable to do so before his mandate expired.