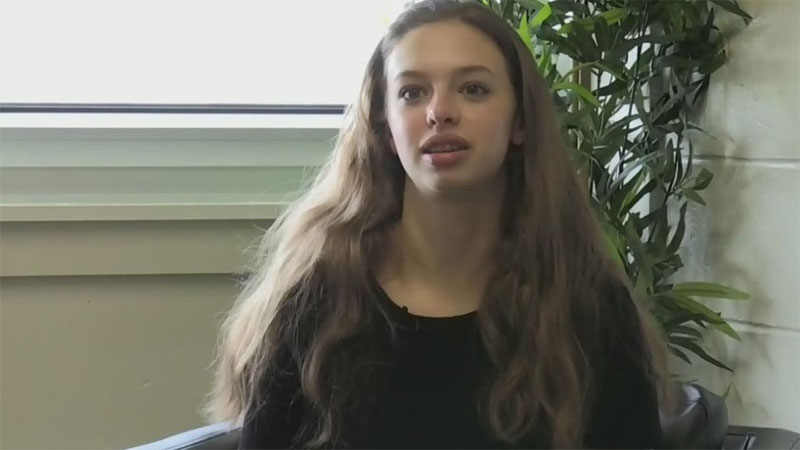 Seventeen-year-old Abby Steen has struggled with anxiety and depression since she was a little girl. She says her panic attacks, which began when she was in Grade 6, were often so severe she would have to miss school.

“The anxiety attacks were so bad I just couldn’t even leave my house,” Steen says.

After many years of fighting for her mental health, she’s now sharing her struggles in the hopes of helping others and she’s doing it with a fashion flair and a message of self-love.

On May 28th, Steen launched “‘Essence by Abby,” a line of hair accessories that are uniquely painted through the process of hydro-dipping, a process Steen says is fairly simple.

“You put spray paint on water and it creates a really cool film because it’s oil-based so it stays on top of the water and you can be really creative with the designs and how the colours are swirling together,” she said.

Her creativity flourished at the Idea Centre in Moncton, where she learned the skills to make her business successful.

“It met my needs of wanting to be super creative where I have no artistic ability what so ever, but I knew I’m super creative and I have to have an outlet for this,” says Steen.

Gerard Reinders is one of Steen’s instructors at the centre and has been helping her build her business. He hopes more entrepreneurs will take on a similar message of mental health awareness.

“For her to be able to take that story, share it, and turn it into a business idea that will hopefully support and carry on that positivity for others who have had similar experiences, I think that’s where business is going,” Reinders said.

Steen plans to continue working on her business during her senior year of high school next year.

“If I can help one woman through ten seconds of her day, then that’s a win for me and I’ve accomplished my goals,” says Steen.