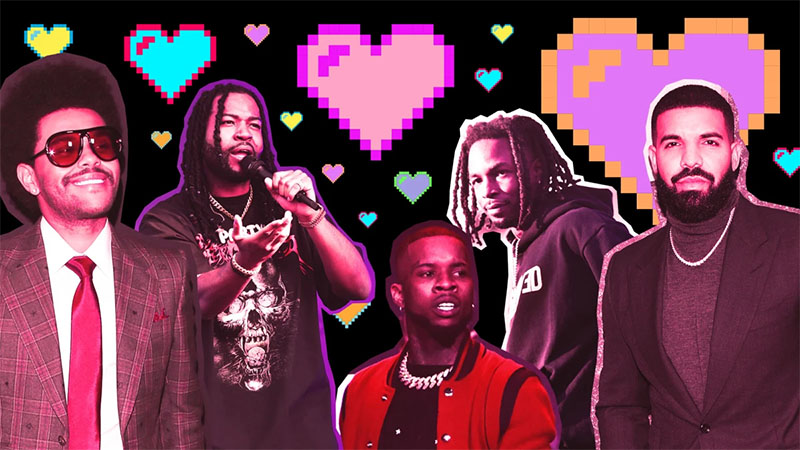 When the 50th annual Juno Awards celebrates its half-century milestone on Sunday, the spotlight will also be shining on another anniversary — 30 years since the creation of its rap category.

When the Junos launched Rap Recording of the Year in 1991, the statue went to the hit single Let Your Backbone Slide by Maestro Fresh-Wes.

“I mean, I was excited that I won. I was excited I got nominated. I was also excited the fact that for Black music, you know, this is like like a catalyst for us as artists to take it to the next level,” he told CBC News.

“I was a little nervous saying my speech because I knew it was bigger than me. It wasn’t just about me. It’s about my brothers and sisters coming with me.”

On Friday, during the 2021 Juno Awards’ opening night, the award for Rap Recording of the Year went to Toronto rapper TOBi for his album Elements Vol. 1.

Hurdles along the way

The genre has evolved over the last three decades on Canadian soil, but not without hurdles along the way.

From its introduction of the rap award in 1991, a hip hop performance wasn’t included in the televised show until 1999 —a year after Vancouver hip hop group Rascalz refused to accept the rap award, accusing the Junos of racism.

“Urban music, reggae, R&B and rap: that’s all Black music and it’s not represented at the Junos,” manager Sol Guy said that year, reading a statement on behalf of the group. “We decided that until it is, we are going to take a stance.”

The next year, the group returned to the Junos’ stage to perform their hit, Northern Touch, and accepted an award for Rap Recording of the Year, changing how the country viewed and consumed rap music.

In the last decade, heavyweight Canadian hip hop artists like Drake and R&B artists like The Weeknd have dominated the charts, making a go in the hip hop space a plausible goal for new talent.

Like Haviah Mighty for example, a hip hop artist from Brampton, Ont.

“I think seeing that there were people from the same place that I was from, doing something that I was developing … did give me some inspiration that there is a path for this,” she said.

Hip hop in Canada has always been a ‘constant’

“There’s always been this level of hip hop [in Canada] that can compete with any hip hop coming out anywhere,” Cowie said.

And it’s not just rappers — Canada’s hip hop producers are everywhere, he said, pointed to the Canadians working on rapper J. Cole’s latest album The Off Season.

“If you look at the production credits on that record, you’ll see at least five Canadians have contributed to that record,” Cowie said.

Canada has a ‘complicated’ music industry

While hip hop dominates charts today, Cowie said 30 years ago — and arguably even more recently — artists would have to look outside Canada for support.

Beyond deals, the support also needed to come from domestic radio and other infrastructures, Cowie said. Until recently, streaming didn’t exist for hip hop artists like it does today.

James Rathbone, a DJ and host of the weekly music and culture podcast Catch Up says the country has grown into a hip hop market and in the last 10 years, it has seen a boom.

“Right now, we’re still very much in that place,” Rathbone said. “There’s great work being produced across the country.”

He added the Canadian music industry is a “complicated” industry.

Rathbone said the U.S. is the largest producer and exporter of hip hop music. “In some sense, it’s hard to sometimes find a balance between what is locally, you know, supported and created and what is … almost validated by its success in America.”

But he argued the traditional markers of success in the industry are becoming less relevant due to the “disruption of technology.”

Musicians like bbno$ (pronounced “baby no money” — real name Alex Gumuchian) from Vancouver and underground Toronto artists are also seeing success through means like TikTok and other social media platforms.

And for the new artists like Mighty, who have created space in the genre tackling topics like politics, it’s about recognizing those who came before her and continuing to do the work.

“There’s so much more to do,” she said. “I’m definitely in the midst and thick of it.”

The 50th annual Juno Awards are scheduled to take place on Sunday, June 6 at 8 p.m. ET/5 p.m. PT. They will be broadcast on CBC TV, CBC Gem, CBC Radio One, CBC Music.